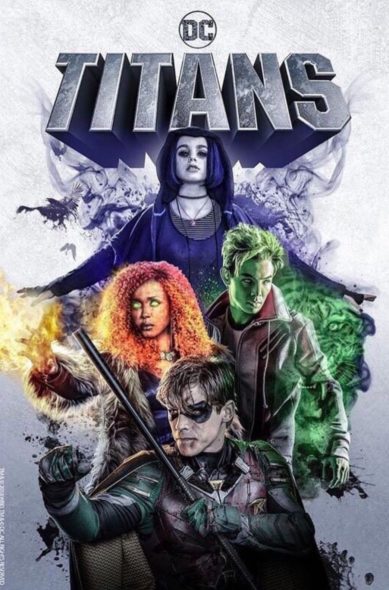 TV show description:
Based on the DC Comics characters, the Titans TV show is a live-action superhero drama, developed for television by Akiva Goldsman, Geoff Johns, and Greg Berlanti. The series centers on the former Robin, Dick Grayson (Thwaites) and Rachel Roth aka Raven (Croft).

Rachel is a unique girl, possessed of a mysterious darkness, whose powers stem from her emotions. When she and Dick get involved in a conspiracy, they find it could bring Hell on Earth.

They’re joined by Koriand’r aka Starfire (Diop), an alien princess who seeks asylum on Earth, and shapeshifter Garfield Logan aka Beast Boy (Potter). As these four heroes band together to form the Titans, they wind up working like a surrogate family.

What do you think? Do you like the Titans TV series? Should this DC Universe TV show be cancelled or renewed for another season?

Titans going back in time the cartoon so good no idea comic book related DC show omg. Look forward live action was way better start off slow got really good I can’t wait to see new season 3 of it left us with cliffhanger.

Love the show I hope it keeps coming back!!!

Looks to be promising, I liked the pilot. ANd yes I want more.