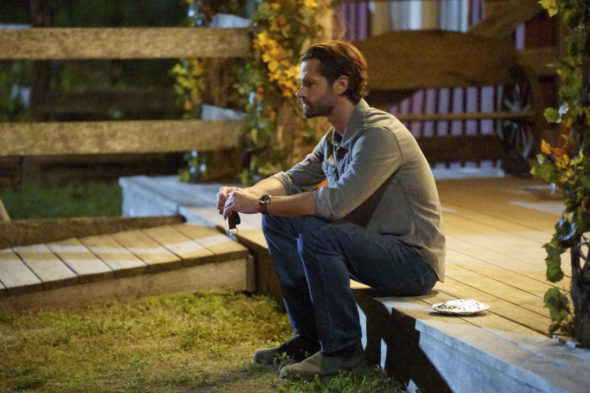 Cordell is on an emotional ride in the third season of the Walker TV show on The CW. As we all know, the Nielsen ratings typically play a big role in determining whether a series like Walker is cancelled or renewed for season four. Unfortunately, most of us do not live in Nielsen households. Because many viewers feel frustrated when their viewing habits and opinions aren’t considered, we invite you to rate all of the third season episodes of Walker here.

A CW action series and a reboot of Walker, Texas Ranger, the Walker TV show stars Jared Padalecki, Ashley Reyes, Keegan Allen, Mitch Pileggi, Molly Hagan, Violet Brinson, Kale Culley, Coby Bell, Jeff Pierre, and Odette Annable. Texas Ranger Cordell Walker (Padalecki) is a widower and father who has his own moral code. He returns home to Austin, Texas after being undercover for nearly a year. He tries to reconnect with his son August (Culley) and daughter Stella (Brinson), as well as his brother Liam (Allen) and parents Abeline (Hagan) and Bonham (Pileggi). At work, Walker’s former colleague Larry James (Bell) is now his Ranger Captain. In season three, Walker is being held captive by an anarchist group who is determined to break him. He must face a painful memory from his past he’s never shared with anyone and team up with an unexpected ally, Julia (Anna Enger), if he wants to get out alive.

What do you think? Which season three episodes of the Walker TV series do you rate as wonderful, terrible, or somewhere between? Do you think that Walker should be cancelled or renewed for a fourth season on The CW?

I personally think Walker should be renewed for Season 4. I love the show so much and l want it to last forever and go the distance. Every season Walker gets so much better and they truly know how to do heart wrenching, worrisome, hard to wait, outstanding cliffhangers, and twists to the plot that you never saw coming that are so shocking, mind blowing, and just phenomenal. I love the diversity of the cast and the realism of the storylines, and of the actors’ portrayal of their characters.

I think Walker is a great series although I vwould leave off the dead wife part. We never miss it and watch the reruns.