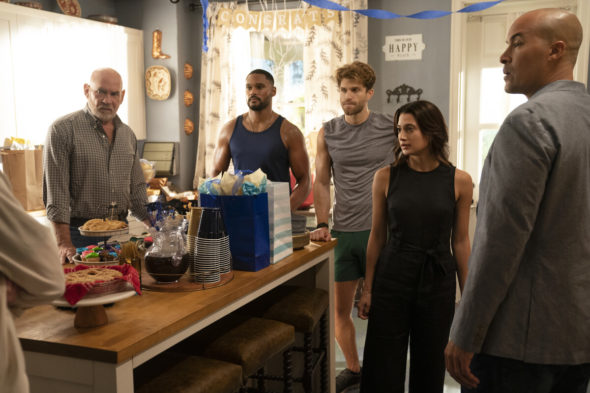 The Walker family’s problems are far from over. Has the Walker TV show been cancelled or renewed for a fourth season on The CW? The television vulture is watching all the latest cancellation and renewal news, so this page is the place to track the status of Walker, season four. Bookmark it, or subscribe for the latest updates. Remember, the television vulture is watching your shows. Are you?

Airing on The CW television network, the Walker TV show stars Jared Padalecki, Ashley Reyes, Keegan Allen, Mitch Pileggi, Molly Hagan, Violet Brinson, Kale Culley, Coby Bell, Jeff Pierre, and Odette Annable. Texas Ranger Cordell Walker (Padalecki) is a widower and father who has his own moral code. He returns home to Austin, Texas after being undercover for nearly a year. He tries to reconnect with his son August (Culley) and daughter Stella (Brinson), as well as his brother Liam (Allen) and parents Abeline (Hagan) and Bonham (Pileggi). At work, Walker’s former colleague Larry James (Bell) is now his Ranger Captain. In season three, Walker is being held captive by an anarchist group who is determined to break him. He must face a painful memory from his past he’s never shared with anyone and team up with an unexpected ally, Julia (Anna Enger), if he wants to get out alive.

The third season of Walker averages a 0.09 rating in the 18-49 demographic and 748,000 viewers in the live+same day ratings (includes all DVR playback through 3:00 AM). Compared to season two, that’s down by 22% in the demo and down by 17% in viewership. While these numbers don’t include further delayed or streaming viewing, they are a very good indicator of how a show is performing, especially when compared to others on the same channel. There can be other economic factors involved in a show’s fate, but the higher-rated series are usually renewed and the lower-rated ones are cancelled. Find out how Walker stacks up against other The CW TV shows.

Will The CW cancel or renew Walker for season four? Though the network is now owned by Nexstar, this show still feels like a good fit for The CW. Walker is geared to attract a broad audience, and Nexstar CEO Perry Sook and CW president Dennis Miller are said to be fans of the series. I think Walker has a good chance of being renewed. I’ll update this page with breaking developments. Subscribe for free alerts on Walker cancellation or renewal news.

What do you think? Do you hope that the Walker TV show will be renewed for a fourth season? How would you feel if The CW cancelled this TV series, instead?

Jared Padalecki is the King of the CW according to his fans – talk about damning with very faint praise! Keep him there, please!

Padalecki has to be one of the least-emoting actors I’ve ever seen. He’s as stiff as a board and brings nothing to the table IMO.