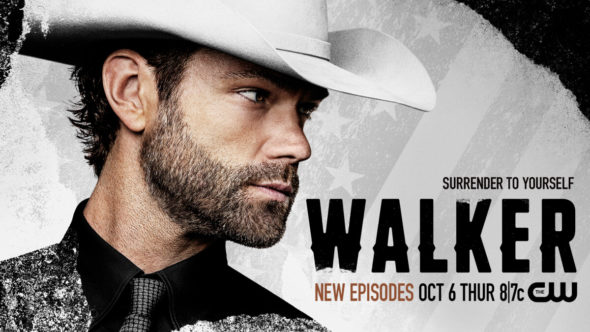 Last season, The CW cancelled 11 TV series, in anticipation of the network being sold. Now, that it’s been purchased by Nexstar, are any of the remaining shows safe? Will Walker be cancelled or renewed for season four? Stay tuned.

An action series that’s a reboot of Walker, Texas Ranger, the Walker TV show stars Jared Padalecki, Ashley Reyes, Keegan Allen, Mitch Pileggi, Molly Hagan, Violet Brinson, Kale Culley, Coby Bell, Jeff Pierre, and Odette Annable. Texas Ranger Cordell Walker (Padalecki) is a widower and father who has his own moral code. He returns home to Austin, Texas after being undercover for nearly a year. He tries to reconnect with his son August (Culley) and daughter Stella (Brinson), as well as his brother Liam (Allen) and parents Abeline (Hagan) and Bonham (Pileggi). At work, Walker’s former colleague Larry James (Bell) is now his Ranger Captain. In season three, Walker is being held captive by an anarchist group who is determined to break him. He must face a painful memory from his past he’s never shared with anyone and team up with an unexpected ally, Julia (Anna Enger), if he wants to get out alive.

What do you think? Do you like the Walker TV series on The CW? Should it be cancelled or renewed for a fourth season?

Walker seems to be dropping through the floor this week. That’s a lot of viewers and demographic to lose when it was the number one show last season.