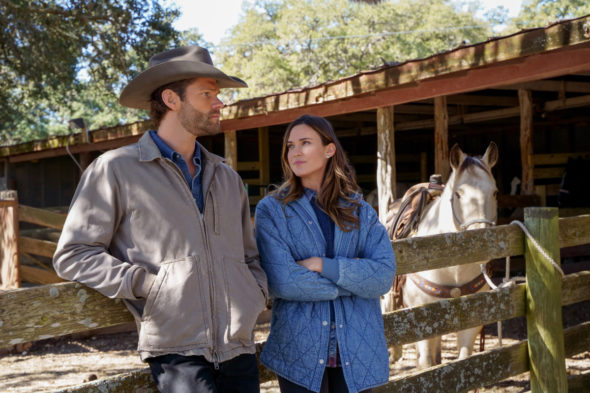 Cordell and his family and friends will be back for the 2022-23 television season. The CW has renewed the Walker TV show for a third year. The second season is currently airing on Thursday nights.

An action series, the Walker TV show stars Jared Padalecki, Ashley Reyes, Molly Hagan, Keegan Allen, Violet Brinson, Kale Culley, Coby Bell, Jeff Pierre, Mitch Pileggi, and Odette Annable with Dave Annable recurring. It’s a reboot of the long-running Walker, Texas Ranger TV show from the 1990s. The story begins with Texas Ranger Cordell Walker (Padalecki), a widower and father with his own moral code, as he returns home to Austin, Texas after being undercover for nearly a year. He tries to reconnect with his son August (Culley) and daughter Stella (Brinson), as well as his brother Liam (Allen) and parents Abeline (Hagan) and Bonham (Pileggi). At work, Walker’s former colleague Larry James (Bell) is now his Ranger Captain and Walker has a new partner, Cassie Perez (Reyes).

Airing on Thursday nights, the second season of Walker averages a 0.12 rating in the 18-49 demographic and 952,000 viewers in the live+same day ratings. Compared to season one, that’s down by 40% in the demo and down by 28% in viewership in the live+same day ratings (including DVR playback through 3:00 AM).  It’s the most-watched show on the network in the traditional ratings.

What do you think? Have you been watching the Walker TV series on The CW network? Are you glad to hear that the show has been renewed for a third season?

This is a great show, please keep them, great actors and actresses.

I’d rather have the original walker Texas ranger back honestly

I started watching WALKER BECAUSE I WATCHED SUPERNATURAL, love the storyline, but can’t stand listening to Cordell’s awkward studdering. To me it takes away from his character as a Texas Ranger, he sounds more like a socially awkward teenager and I find it hard to take anything he tries to say seriously. I like the show and like Jared P. but don’t like his character.. Hard to watch! I may give up.

This is noting but supernatural set in Texas .. it shoulda never been called Walker .. I would rather have the original back honestly

I’m very happy to hear there will be a Season 3 of Walker. I have watched since the first episode. Happy to hear that the entire cast will be back. Maybe it will run for 6-10 seasons.
Thank you CW.

The old show was better and more diverse . Better storylines . Taught right from wrong .. the new show is noting but a western supernatural

Bring Back Dynasty and Homecoming

When you tolerate mediocrity you get more of it..

Yes so happy Walker was renewed love this show!

I agree Walker is a great show and a lot better than Roswell New Mexico will ever be !!!!!!!