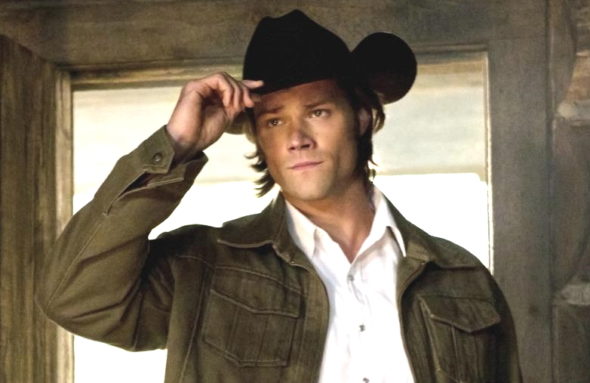 A Walker prequel spin-off is in the works at The CW. The Walker: Independence project, from Jared Padalecki (above) and Walker creator Anna Fricke, is set in the 1880s. Fricke will write and Padalecki, Seamus Fahey. Dan Lin, Lindsey Liberatore, and Laura Terry are set as executive producers.

“Independence centers on Abby Walker, an affluent Bostonian whose husband is murdered before her eyes while on their journey out West. On her quest for revenge, Abby crosses paths with Hoyt Rawlins, a lovable rogue in search of purpose. Abby and Hoyt’s journey takes them to Independence, Texas, where they encounter diverse, eclectic residents running from their own troubled pasts and chasing their dreams.”

Walker is currently on a winter hiatus on The CW and will return on January 13th.

What do you think? Are you a fan of Walker? Would you watch a prequel series on The CW if it made it on air?

I am a Walker fan and I would check out a prequel if it makes it to air.

Honestly, acting could be better all around but I just love Jared and will watch anything he stars in.

Sure yes love it

I would watch anything with jarel in it I love Walker

Well, since Walker is literally a remake, I guess it’s a little much to expect them to do something original. But to launch an “1880s prequel” right after Yellowstone does the same?? Can’t they be a little less obvious about their lack of ideas??