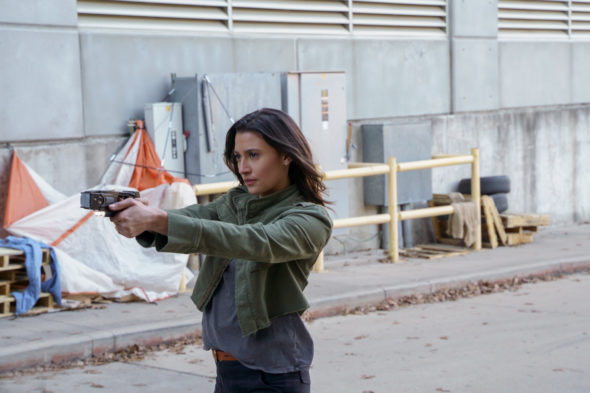 Walker has made an addition to its cast. Ashley Reyes has joined the Jared Padalecki drama series as the title character’s new partner.  Co-star Lindsay Morgan departed the CW series earlier this season.

Deadline revealed the following about Reyes’ role in The CW series:

“A spirited, uncensored, strong Texas Ranger based in Dallas who served as a Texas state trooper for 8 years before that, Cassie is unconventional and wily, quick on her feet. She knows that she’s one of the only women in her field and that the odds are always against her, but rather than color inside the lines, Cassie chooses to splash vivid colors all over the canvas.”

Reyes joins the series in the episode set to air on March 3rd.

What do you think? Are you excited to see a new partner for Walker on The CW?

We absolutely Love this show I agree with Patrick, we are willing to give the new partner a try – please don’t change anymore of the cast!!

I kinda liked mickie, but i am willing to give this new partner a try. I really want to see what happens.

WOW I is so bad Lindsay Morgan will not be bad for she was so AWESOME in WALKER !!! Ashley Reyes in my opinion will have to prove to me she is as good but I doubt it ????