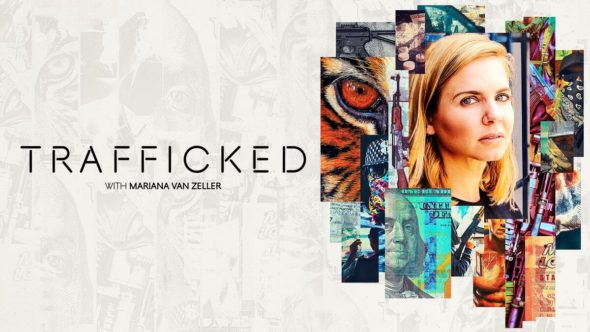 Trafficked with Mariana van Zeller has received an early renewal. National Geographic has ordered a third season for the series prior to the premiere of season two this December. The second season will consist of 10 episodes., and, once again, Journalist Mariana van Zeller will take viewers into the underworld and the black market.

National Geographic Channel revealed more about the renewal of the series and its upcoming second season in a press release.

“Filming a whole season of TRAFFICKED during a global pandemic was extremely challenging, but there’s been an explosion of black markets over the past year, and I think we all quickly realized that this series has become more relevant than ever,” said van Zeller. “With this second season, we’ve managed to dive even deeper and gain even more access into underworld networks around the world.”

Peabody and duPont Award-winning journalist Mariana van Zeller continues her harrowing exploration into the underworld’s most dangerous black markets. Armed with National Geographic’s trademark inside access, each episode follows van Zeller as she works her way inside a different black market or global trafficking network where she meets the players and learns the business, all in an effort to understand the inner workings of the world’s multitrillion-dollar shadow economy.

The 10-part second season of TRAFFICKED WITH MARIANA VAN ZELLER offers viewers a mission-driven adventure to places rarely seen, providing an intimate peek behind the curtain to provide a 360-degree view of these poorly understood trafficking networks. Topics this season include van Zeller unveiling the inner workings of romance scams; following a meth superhighway, from a massive cartel-run lab in Sinaloa across the border and into the lives of American users; setting off on a wild journey through California’s black market for weed, which has mushroomed since marijuana legalization four years ago; following a smuggling route of cars stolen from the U.S. to shipping containers bound for West Africa, where the demand is skyrocketing; going inside the secretive world of outlaw motorcycle gangs, also known as 1% clubs, where her interest is piqued by a string of biker-related violence; and investigating the dark corners of black market plastic surgery, where greed and social media are driving patients toward deadly motel-room operations.

Additionally, as America struggles to reckon with its white supremacist past, van Zeller races to expose an underground movement hellbent on an even more violent white supremacist future. It’s a movement that trades in ideologies as dangerous as any narcotic or firearm, with one responsible for mass killings around the globe.

Season one of TRAFFICKED WITH MARIANA VAN ZELLER was a 2021 Gracie Award winner for Best Reporter/Correspondent – Mariana van Zeller and received a 2021 Critics Choice Real TV Award nomination for Best Crime/Justice Show. The series was also recently nominated for a 2021 News and Documentary Emmy for Outstanding Business and Economic Documentary.

What do you think? Are you a fan of this National Geographic series? Do you plan to watch seasons two and three of Trafficked with Mariana Van Zeller when they arrive?