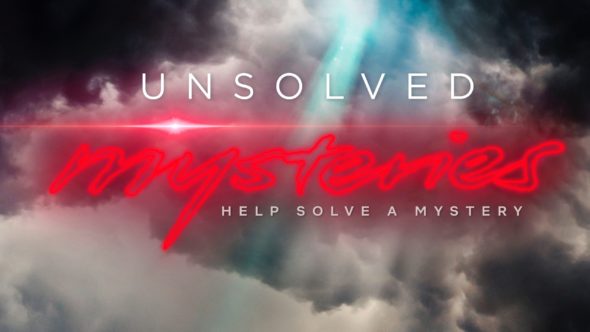 The series, which had its start on NBC, will go from featuring several stories per episode to focusing on one story. The Netflix premiere features the 2006 death of Rey Rivera.

Another difference from the original is the lack of a host. Those behind the series could not find someone to fill the shoes of the late Robert Stack.

Terry Dunn Meurer, an executive producer of the revival and co-creator of the original series, said the following:

“Fans have been pushing for more episodes for years. And there are still so many mysteries that need to be solved.”

The new Unsolved Mysteries is just another boring copy of Dateline and other such shows. They should have copied the format of the original series,that way they could solve more unsolved mysteries. The Unsolved Mysteries that had an actual host like Robert Stack and Dennis Farina are far better.

I was a huge fan of the original show,other than the absence of a host this revival doesn’t disappoint.I especially like that each episode focuses on one story,especially when one of the story’s location is somewhere I use to live.

Yes I will. I think it is a great idea. I was disappointed by the second attempt. I understand needing to play the updated stories but the second attempt played the same episodes with updates repeatedly. I enjoy the show and hope it will be successful.