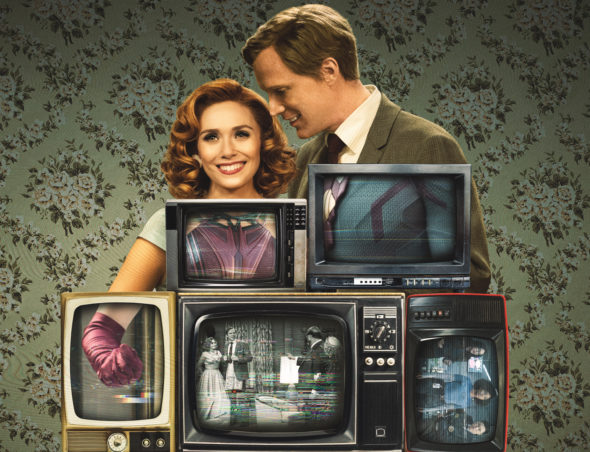 TV show description:
An homage to classic television comedies, the WandaVision superhero series is set in the Marvel Cinematic Universe and takes place after the events of the Avengers: Endgame feature film.

The story revolves around Wanda Maximoff (Olsen) aka Scarlet Witch, who can harness magic and telekinesis, and Vision (Bettany), her android companion.

In the TV show, the two super-powered beings are living the ideal suburban life in the town of Westview while trying to conceal their powers. As they begin to enter new decades and encounter various television tropes, the couple begins to suspect that things are not as they seem.

Series Finale:
Episode #9 — The Series Finale
The events of WandaVision come to a head, and the destinies of all who took part are determined.
First aired: March 5, 2021.

What do you think? Do you like the WandaVision TV show? Do you think it should have been renewed for a second season somehow?