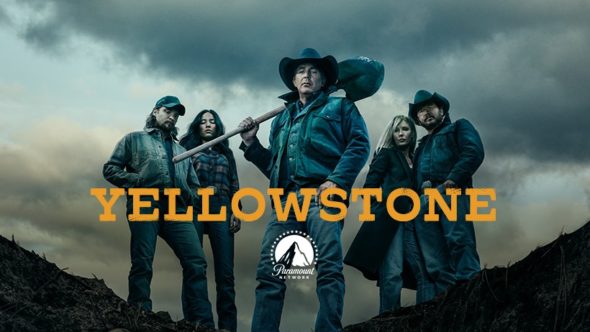 Last season, Yellowstone’s ratings grew by leaps and bounds on Paramount Network, gaining 66% more viewers in the live+same day ratings. These days, that’s unheard of growth as more and more people switch to delayed viewing and streaming. Will the audience for this show continue to grow? Could Yellowstone be cancelled or, is it sure to be renewed for season five? Stay tuned.  *Status Update Below.

The ratings are typically the best indication of a show’s chances of staying on the air. The higher the ratings, the better the chances for survival. The series is being simulcast on CMT so we are also including those. These charts will be updated as new ratings data becomes available.

Note: If you’re not seeing the updated charts, please try reloading the page or view them here or here.

For comparisons: Season three of Yellowstone on Paramount Network averaged a 0.75 rating in the 18-49 demographic and 3.91 million viewers.

What do you think? Do you like the Yellowstone TV series on Paramount Network? Should it be cancelled or renewed for a fifth season?

*2/3/22 update: Yellowstone has been renewed for a fifth season on Paramount Network.

Loved Yellowstone and 1883 I just think they killed off the daughter Elsa to to soon she was great in it and a strong women character and Sam Elliott is the best of the throwback living Cowboys to John Wayne Thank God he is still with us and I pray we see him in more roles fantastic actor and Cowboy legend as far as I am concerned. Cannot wait for 1932 and more episodes of Yellowstone and 1883

Great start of what I know will be a great season!!! Love the series and I have watched 1-3 a dozen times and this opener watched about 4 times.