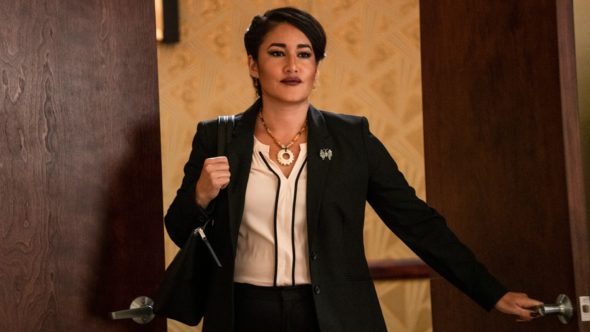 Yellowstone is returning to Paramount Network this November, and an actress who last appeared on the series in the third season finale is coming back. Q’orianka Kilcher will be returning as attorney Angela Blue Thunder, per Deadline.

Kilcher is not the only actor returning for season five. Earlier this summer, it was also reported that Josh Lucas is returning to the Paramount Network series as young John Dutton.

Check out a preview for Yellowstone season five below. The series returns on November 13th.

What do you think? Are you excited about the return of Yellowstone?

This series should go on for a long time. They keep changing the side stories to keep you warching. Last year’s showing the working horse competition was really something. Can’t wait to see what develops this year.

I can’t wait…thanks Netflix for bringing the next Season!

Thanks for the renewal. Can’t wait for November 13th!