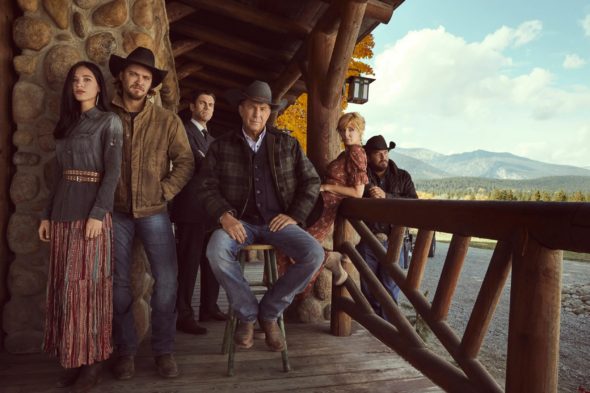 Big changes are coming to the cast of Yellowstone for its fifth season. Viewers will see the return of Josh Lucas (aka Young John Dutton), new faces, and more when the Paramount Network series returns in November. Mo Brings Plenty and Wendy Moniz are being promoted to series regulars for the fifth season and Kai Caster, Lainey Wilson, Lilli Kay, and Dawn Olivieri are joining the cast.

Paramount Network revealed more about the upcoming season in a press release.

· Lilli Kay will play ‘Clara Brewer’, the new assistant for one of the Duttons.

· Dawn Olivieri will play ‘Sarah Atwood’, a confident, corporate shark and a new arrival to Montana.

Produced by MTV Entertainment Studios and 101 Studios, Yellowstone chronicles the Dutton family, led by John Dutton (Kevin Costner), who controls the largest contiguous cattle ranch in the United States. Amid shifting alliances, unsolved murders, open wounds, and hard-earned respect – the ranch is in constant conflict with those it borders – an expanding town, an Indian reservation, and vicious business rivalries.

What do you think? Are you excited about the return of Yellowstone to Paramount Network in November?

Love this show and can’t wait for November!!!

So much talent in one series!!! Can’t wait for November..

One of my favorites. I subscribed to Paramount + because of it, but found that it wasn’t offered. But Para + is still worth it because they have some great original Series like The Offer, 1883, Halo & more.

Ugh, I hope this next season won’t be disrupted like it was when they were heavily promoting 1883. Soooo annoying, almost to the point it wasn’t worth tuning in at all.