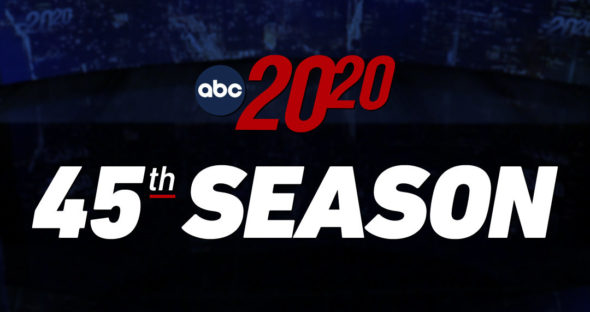 This long-running news series has become a fixture of ABC’s Friday night schedule and is one of the longest-running primetime shows of all time. Could 20/20 possibly be cancelled, or is it sure to be renewed for a 46th season?  Stay tuned.

What do you think? Do you like the 20/20 TV series on ABC? Should it be cancelled or renewed for a 46th season?

This show needs to be cut down to 1 hour. They drag it with filler irrelevant informationy when it could be compacted into an hour. Two hours is too long and you lose interest.

I agree or at least they could cover 2 cases in the two hours instead of 1 drawn out case.