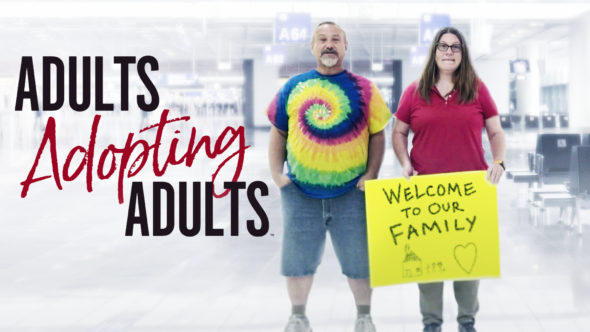 Adults Adopting Adults has been cancelled and pulled from the A&E schedule after only three episodes. The TV show has seen some behind-the-scenes drama that led to the move by the cable channel. The series follows people that looked at adoption as a way to have that ‘sense of family’ as adults.

Per Variety, the following was revealed during the series’ time on the channel:

“Christy and Danny Huff were looking into to adopting pregnant 20-year-old Ileana from Austria. However, Danny, 59, once tried to adopt an 18-year-old young woman, but it fell through because he had romantic feelings for her. Christy noted that Danny has been unfaithful before and worries that the same thing will happen again with Ileana.”

On social media, viewers accused Huff of grooming and social trafficking. Videos with inappropriate comments were also found. After the series was pulled by A&E, Huff revealed that the comments led to the show’s cancellation.

What do you think? Did you watch Adults Adopting Adults on A&E?

The height of stupidity!!!!

I guess A & E executives need to go to traffic court! Good God. The stupidity.

I mean gee whizz folks, did anyone need to be a brain surgeon to see this was going to go wrong in a big way. A show about adopting adults, also known as Trafficking.

It’s not all trafficking. Japanese does it. Especially men who run big companies. They will adopt if they have no heir to run their companies. So they adopt some who can take over for them.