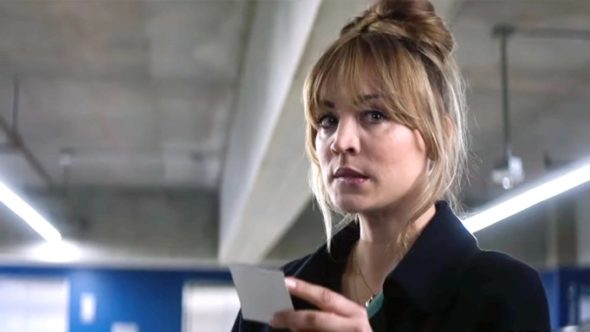 Kaley Cuoco is returning to the small screen. Cuoco (The Flight Attendant) is set to star in a new series for Peacock called Based on a True Story. A dark comedy thriller, the series follows “a realtor, a plumber, and a former tennis star whose lives unexpectedly collide.”

Peacock announced today that two-time Emmy Award-nominee Kaley Cuoco (The Flight Attendant) will star in the leading role of the highly-anticipated dark comedic thriller BASED ON A TRUE STORY, from Emmy Award-nominated Craig Rosenberg (The Boys, LOST, Preacher).

Cuoco will play a married woman named Ava Bartlett. All other details are being kept under wraps.

A dark comedic thriller inspired by a bizarre true event, BASED ON A TRUE STORY is about a realtor, a plumber and a former tennis star whose lives unexpectedly collide, exposing America’s obsession with true crime, murder and the slow close toilet seat.

Rosenberg will serve as writer, showrunner and executive producer.

Cuoco was nominated for an Emmy award again this year (for the second year in a row) for her performance in The Flight Attendant in the category Outstanding Lead Actress in a Comedy Series. She is currently shooting the action-thriller Role Play.

What do you think? Are you planning to check out Based on a True Story on Peacock when it eventually debuts?

I guess that’s the end of the Flight Attendant

One can only hope!