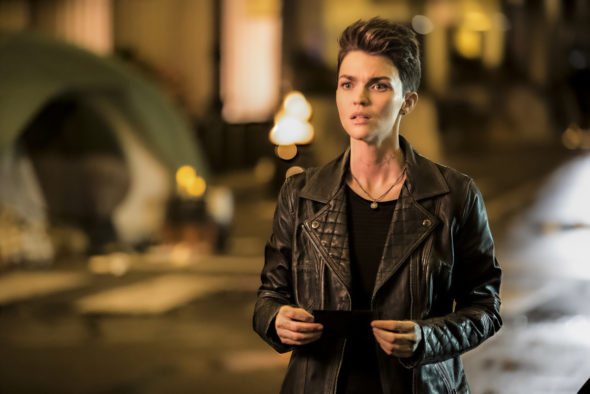 What happens to Batwoman now? Recently, executive producer Marc Guggenheim spoke with Collider about the future of the CW TV show without lead Ruby Rose.

As reported earlier, Ruby Rose will not return for season two of Batwoman. So how will the The CW series continue without its lead? EP Marc Guggenheim told Collider he thinks this is a great creative opportunity for the show:

I was talking to one of the Batwoman writers, the other day, and we were saying how, in this, is a great creative opportunity. I think there’ll be people who come to the show, quite frankly, just to see how the writers choose to handle this. I’m a big believer that anytime you face a production challenge, and sometimes it’s in cast while sometimes it’s just logistics, in that challenge, lies a creative opportunity.”

What do you think? Do you watch Batwoman? Will you watch season two?

Ruby was batwoman! I doubt i i will come back. I hate reboots.

I really like the show an liked Ruby as Batwoman but if she’s leaving I may check out a couple of next season to see if I will continue watching it. I just get some tired of finding a tv show that I really like an they decide to either take it off or change it up. IT SUCKS!!!

I would love to see Mary or Sophia take over for Batwoman. I don’t know if the actress who plays either character is gay. Honestly, I don’t care. Or maybe Alice could snap when she learns of Batwoman’s death and take over for her. Though that is a bit of stretch. I really like the idea of an Asian female super hero. Mary is my first choice and add a lesbian in another role.

I am a BATWOMAN fan since day 1. I will miss Ruby Rose, and hope the new actress will captivate my attention in the new lead.

I think Batwoman will come back stronger than ever amd I for one will be back to see how they handle it.

Looking forward to see who they will cast in the end! Many names are floating around, 90% of those doesn’t fit the profile. Would love to know who they actually are considering, but I guess, we will never know and only get to know who won the casting.