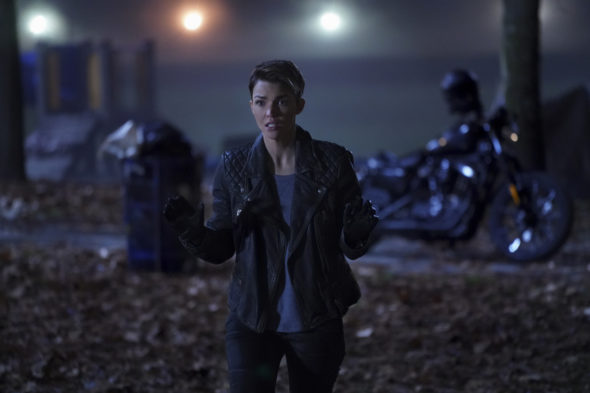 Batwoman will feature a new actress in the superhero role when the series returns, and Caroline Dries revealed more about the decision to bring in someone new to play the Batwoman role instead of just recasting Kate Kane. She spoke about the series at the ATX virtual event.

Per Deadline, she said the following about The CW series:

“To be honest with you, I did consider the soap opera version for a hot minute, selfishly because we had already a couple of episodes written, and transition-wise it would be seamless. Upon further reflection — and Greg helped me make this call, he is way smarter than me about this sort of stuff — he said, you know, we should just reboot the character in terms of reboot Batwoman as a different character, and also respect everything that Ruby put into the Katy Kane character. And I just think it helps the audience a little bit too, that we are not asking them to not address the elephant in the room. I’m inventing a whole new character who in her past was inspired by Batwoman, so she will take on the mantle and is completely maybe not the right person at the time to be doing it, so that’s what makes it fun.”

Batwoman will return with its second season in January 2021.

What do you think? Are you a fan of this series? Are you excited to see a new woman in the role?

I think that a new character is the best idea for this particular show and based upon it’s middling ratings, it needs something to give it more of a boost.

The character of Batwoman is also Kate Kane and without Kate Kane none of the other characters on the show will work because they are all related to Kate in someway (father/sister/step-sister/ex-girlfriends/etc.). So if the character of Kate Kane is not replaced the show and plots will not work and you will need to do a total reboot of the series with a new Batwoman and all new characters. I believe that Jacqueline Toboni would make a great Kate Kane/Batwoman she has a similar look and has played a similar part as Trubel on Grimm also characters are replaced all… Read more »

I am going to pass on Batwoman. I am watching enough shows. I have no desire to watch a show where the most important thing they say is don’t worry, it will be a different person, but she’ll still be a lesbian! It’s like saying, don’t worry – we’ll recast another Black Lightning who will be totally opposite to the role, who is super-inexperienced, and lots of fun. Though he won’t be a relative of the current family, he’ll still be black!

Can’t they see they’re making a mistake? Everybody sign up on this.
https://www.change.org/p/the-cw-keep-kate-kane-as-batwoman
Let’s hope they’ll change their minds.

I think it a mistake to make a whole different story line. People who watched this show will be disappointed with a whole new set of characters coming in to the series. It would have been so much better to stay with the same story line.

I love both Kate Kane and Batwoman as a character. I will save my money to buy the first season on DVD. I still hope that the Batwoman will still have ties with Bruce Wayne’s family. I can’t wait to see when the show will finally debut the new actress who will play the Batwoman.

Well, I am trying really hard to believe that, and I am certainly going to give it a chance, but I honestly prefer Kate Kane and Inwas not going to be bothered by a recast.