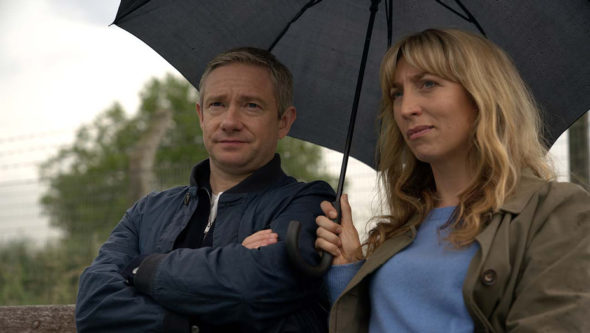 Fans of Breeders have good news. Season two of the FX comedy has wrapped production, per Deadline. Filming took 15 weeks, which included a two-week shutdown for a COVID-19 positive test result. The series was one of the first to return to production once filming could resume in the UK in August.

Martin Freeman and Daisy Haggard star in this FX comedy, and they are joined by George Wakeman, Jayda Eyles, Stella Gonet, Joanna Bacon, Alun Armstrong, Patrick Baladi, Tim Steed, and Michael McKea. The series tells the comedic story of “Freeman and Haggard as parents trying to look after their two small children Luke, played by George Wakeman, and Ava, played by Jayda Eyles.”

A 2021 premiere date for the new season of Breeders has not been set.

What do you think? Are you excited for the return of Breeders to FX next year?