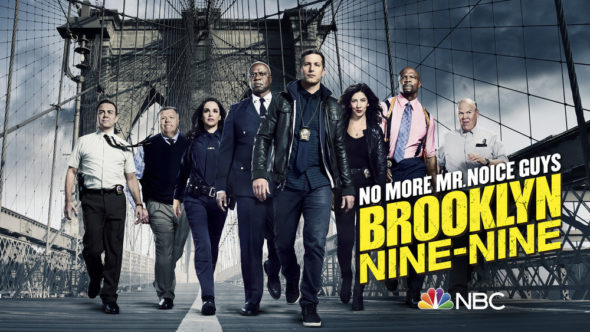 You don’t have to worry about the crew at the 99th District being cancelled this time around. Despite low ratings, Brooklyn Nine-Nine has already been renewed for an eighth year for the 2020-21 season. Should that be the end of this police station sitcom? Stay tuned. *Status Update Below.

4/24 update: You can see the latest night’s ratings in context.

For comparisons: Season six of Brooklyn Nine-Nine on NBC averaged a 0.70 rating in the 18-49 demographic and 2.24 million viewers.

What do you think? Do you like the Brooklyn Nine-Nine TV series on NBC? Should it have been cancelled or instead of renewed for an eighth season?

*2/12/21 update: Brooklyn Nine-Nine will end with season eight on NBC.