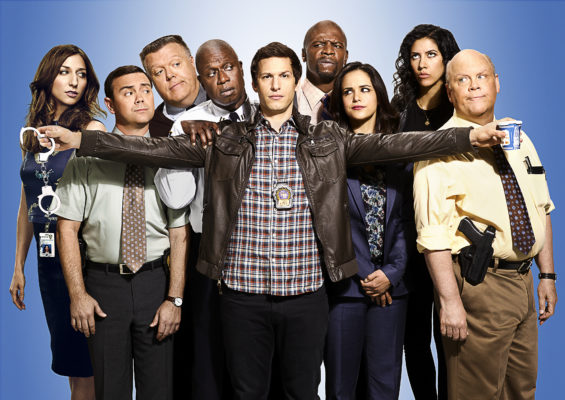 Are the 99th Precinct’s boys and girls in blue still on the case during the fifth season of the Brooklyn Nine-Nine TV show on FOX? As we all know, the Nielsen ratings typically play a big role in determining whether a TV show like Brooklyn Nine-Nine is cancelled or renewed for a sixth season. Unfortunately, most of us do not live in Nielsen households. Because many viewers feel frustration when their viewing habits and opinions aren’t considered, we’d like to offer you the chance to rate all the season five episodes of Brooklyn Nine-Nine for us here.

What do you think? Which season five episodes of the Brooklyn Nine-Nine TV series do you rate as wonderful, terrible, or somewhere between? Should FOX cancel or renew Brooklyn Nine-Nine for season six? Don’t forget to vote, and share your thoughts, below.

5/10/18 update: FOX decided to cancel Brooklyn Nine-Nine but NBC then picked it up for season six. Details here.

This is a great show- the characters are hilarious

This show sux and is boring, very dry! #SaveLucifer!!!!