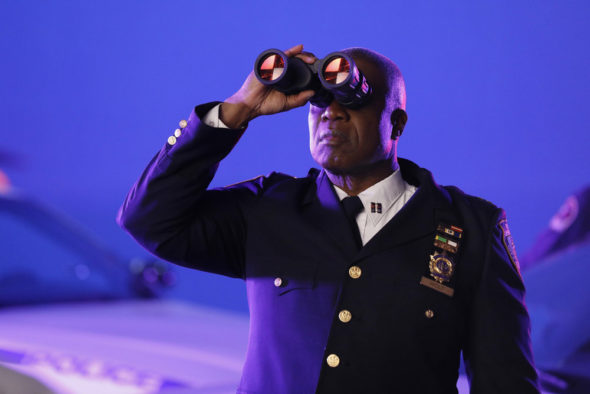 Are the cops from the 99th Precinct still on the job? Is Brooklyn Nine-Nine TV show cancelled or renewed for a seventh season on NBC? The television vulture is watching for the latest cancellation and renewal news, so this page is a dedicated place to track the status of Brooklyn Nine-Nine, season seven. Bookmark it, or subscribe for the latest updates. Remember, the television vulture is watching your shows. Are you?

The sixth season of Brooklyn Nine-Nine averaged a 0.70 rating in the 18-49 demographic and drawing an average audience of 2.24 million viewers. Compared to season five on FOX, that’s down by 6% in the demo and up by 28% in viewership. Find out how Brooklyn Nine-Nine stacks up against other NBC TV shows.

Will Brooklyn Nine-Nine be cancelled or renewed for a seventh season? The ratings have been mediocre but the show’s been doing well when compared to the numbers from season five on FOX. The show is produced by Universal Television so NBC has a vested interest in keeping the show going. I suspect that it will be renewed but we’ll have to wait and see how things go. Subscribe for free updates on any Brooklyn Nine-Nine cancellation or renewal news.

What do you think? Should the Brooklyn Nine-Nine TV series be cancelled or renewed for season seven on NBC?