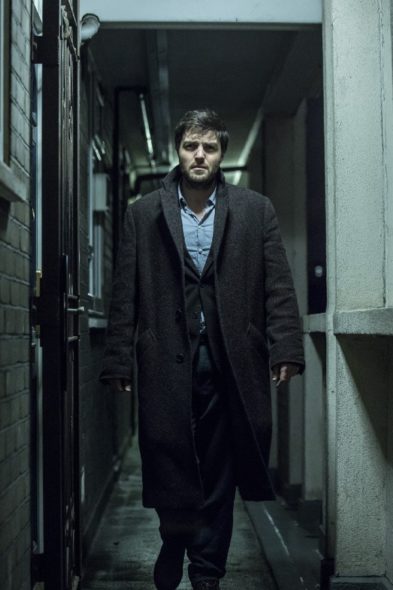 “I know you’re scared, but we’re on your side.” Cinemax has just released a new trailer and the premiere date for their upcoming TV show CB Strike.

Based on the novels of Robert Galbraith (aka JK Rowling), the detective drama “centers on Strike, a war veteran turned private detective, operating out of a tiny office in London’s Denmark Street.” The cast includes Tom Burke and Holliday Grainger.

Your readers may be interested to know that the CINEMAX mini-series C.B. STRIKE will debut FRIDAY, JUNE 1 (10:00–11:00 p.m. ET/PT), followed by other episodes subsequent Fridays at the same time.

C.B. STRIKE is based on the bestselling crime novels written by Harry Potter creator J.K. Rowling under the pseudonym Robert Galbraith. Starring Tom Burke (“Only God Forgives”) and Holliday Grainger (“The Borgias”), the story centers on Strike, a war veteran turned private detective, operating out of a tiny office in London’s Denmark Street. Although wounded both physically and psychologically, Strike’s unique insight and his background as a military police investigator prove crucial in solving three complex cases that have baffled the police.

The show launches with three one-hour episodes based on the first book in the trilogy, “The Cuckoo’s Calling,” followed by adaptations of the remaining two books, “The Silkworm” and “Career of Evil,” both of which will consist of two one-hour episodes.

What do you think? Have you read the CB Strike novels? Will you watch the Cinemax TV show?

Please keep bringing this show to the states! I am desperate to see Lethal White on screen! PLEASE BRING BACK!