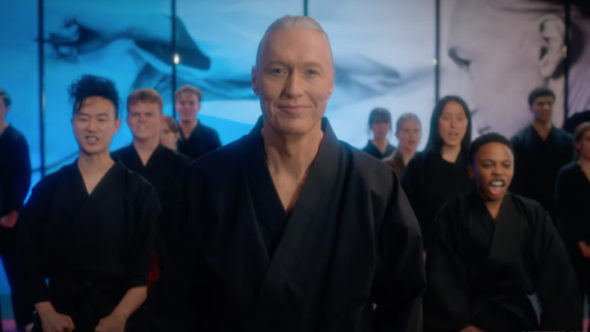 Cobra Kai fans will not have to wait until the end of 2022 for the fifth season premiere of the series. Netflix has announced that the drama series will return in September with the release of a teaser trailer.

“Netflix surprised Cobra Kai fans this evening in Los Angeles at Cobra Kai: Live & Bad Ass with a first look teaser for the upcoming fifth season. This one-night-only celebration marked Night 7 of Netflix Is A Joke: The Festival and brought together cast and producers for exclusive conversations, live performances and surprise guest appearances.

Following the shocking results of the All Valley Tournament, Season 5 finds Terry Silver expanding the Cobra Kai empire and trying to make his “No Mercy” style of karate the only game in town. With Kreese behind bars and Johnny Lawrence setting karate aside to focus on repairing the damage he’s caused, Daniel LaRusso must call on an old friend for help.”

Check out the teaser trailer for Cobra Kai season five below.

What do you think? Are you excited about the return of Cobra Kai this fall on Netflix?

Look forward fall season enjoy it and love it hope never ends so good one of my best shows on Netflix.