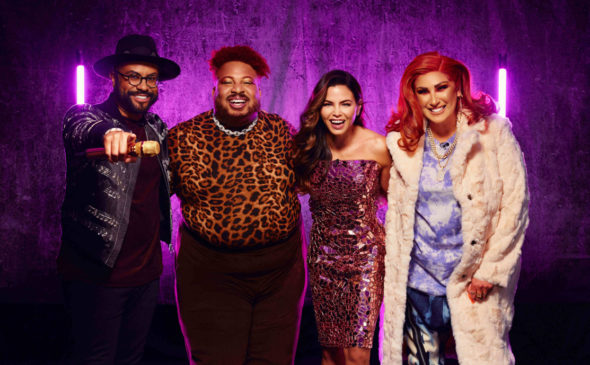 Which novice dancers bring enough fancy footwork to stay in the game? Has the Come Dance with Me TV show been cancelled or renewed for a second season on CBS? The television vulture is watching all the latest cancellation and renewal news, so this page is the place to track the status of Come Dance with Me, season two. Bookmark it, or subscribe for the latest updates. Remember, the television vulture is watching your shows. Are you?

Airing on the CBS television network, the Come Dance with Me TV show is hosted by Philip Lawrence with judges Jenna Dewan, Tricia Miranda, and Dexter Mayfield. In the program, exceptionally talented young dancers from across the country invite one untrained family member (or another adult who has supported their dance dreams) to become their dance partner for a chance to strut their stuff for a grand prize. The pairs are assisted by professional choreographers and learn different styles of dance, from hip hop and ballroom to contemporary and theatrical. They perform for a panel of judges. The two lowest-scoring teams then perform a freestyle dance-off to determine which team is eliminated. At the end of the season, only one team will win the $100,000 grand prize.

The first season of Come Dance with Me averages a 0.22 rating in the 18-49 demographic and 2.20 million viewers in the live+same day ratings (including DVR playback through 3:00 AM). While these numbers don’t include further delayed or streaming viewing, they are a very good indicator of how a show is performing, especially when compared to others on the same channel. There can be other economic factors involved in a show’s fate, but typically the higher-rated series are renewed and the lower-rated ones are cancelled. Find out how Come Dance with Me stacks up against other CBS TV shows.

Will CBS cancel or renew Come Dance with Me for season two? The series is relatively inexpensive to produce (certainly cheaper than the network’s usual scripted Friday night shows) so I think it’s got a good chance of being renewed. I wonder if CBS will make a practice of airing an unscripted show along with two scripted dramas on Friday nights. I’ll update this page with breaking developments. Subscribe for free alerts on Come Dance with Me cancellation or renewal news.

What do you think? Do you hope that the Come Dance with Me TV show will be renewed for a second season? How would you feel if CBS cancelled this TV series, instead?