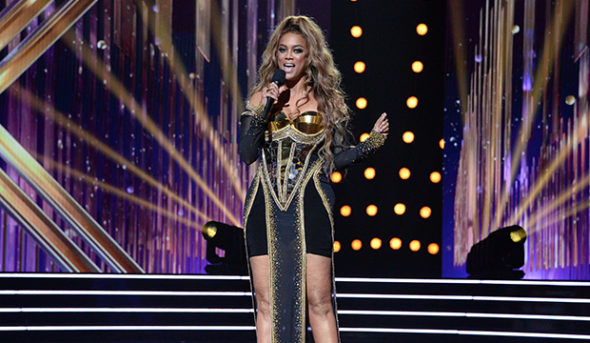 The big disco ball will keep spinning in the ballroom but not on ABC. Dancing with the Stars has been renewed for two more cycles — seasons 31 and 32 — but the show is moving to Disney+ as an exclusive. Season 31 will kick off in the fall and will be the streaming service’s first venture into live series programming

Here’s the press release about the big renewal and move:

“‘Dancing with the Stars’ has entertained fans for 16 years on ABC, and we are excited to bring this beloved show exclusively to Disney+ as the platform’s first-ever live series,” said Kareem Daniel, chairman, Disney Media and Entertainment Distribution. “The show’s broad appeal, as well as the overwhelming popularity of its Disney-themed competition nights, make Disney+ the perfect home for ‘Dancing with the Stars’ while continuing to expand our demographic reach.”

“‘Dancing with the Stars’ has been a beloved staple on ABC for 30 seasons and brought so much joy to millions of viewers,” said Dana Walden, Chairman of Entertainment, Walt Disney Television. “As we’re significantly expanding our unscripted slate at ABC, this is a great opportunity to introduce this show to a whole new generation of fans on Disney+. We’re so grateful to our incredible partners at BBC Studios and look forward to continuing our relationship with them on this spectacular series, which will continue to be overseen by Rob Mills and the talented Walt Disney Television Alternative team.”

“The fact that our iconic global format ‘Dancing with the Stars’ will now set the record as the first live series on Disney+ represents a major growth opportunity and a bold next step forward in the evolution of the franchise. This unprecedented move, combined with our two-season pick-up, is a testament to the proven power of ‘Dancing with the Stars’ and a resounding vote of confidence from our great, supportive partners at Disney, showing how much they value and believe in the brand,” said Valerie Bruce, General Manager, BBC Studios, Los Angeles Productions.

Produced in front of a live audience by BBC Studios’ Los Angeles production arm, the show pairs celebrities with trained ballroom dancers to compete in themed choreographed dance routines. “Dancing with the Stars” first premiered on ABC in 2005 and has grown into an international phenomena and source of constant watercooler conversation. During its Fall 2021 run, ABC’s “Dancing with the Stars” ranked among the Top 5 unscripted series with Adults 18-49.

“Dancing with the Stars” joins the vast collection of diverse content and rich storytelling across The Disney Bundle, including Disney+ Originals (“Turning Red,” “The Mandalorian,” Marvel Studios’ “Loki” and “Olivia Rodrigo: driving home 2 u” (a SOUR film), Hulu Originals (“The Kardashians,” “The Girl from Plainville,” FX’s “Under the Banner of Heaven,” “Candy,” “Conversations with Friends,” as well as the highly anticipated return of last summer’s breakout hit “Only Murders in the Building”); and live sports events including NHL, UFC and The Masters, daily studio shows like “Stephen A’s World” and “SportsNation” and can’t-miss originals such as “Man in the Arena: Tom Brady.”

The Disney Bundle is the best streaming option for the whole family that offers the highest quality movies, television shows and sports for a competitive cost.

About BBC Studios
BBC Studios, a global content company with bold British creativity at its heart, is a commercial subsidiary of the BBC. Able to take an idea seamlessly from thought to screen and beyond, its activities span content financing, development, production, sales, branded services, and ancillaries across both its own productions and programs and formats made by high-quality UK independents. Award-winning British programs made by the business are internationally recognized across a broad range of genres and specializations, with brands like Dancing with the Stars/Strictly Come Dancing, Top Gear, and Doctor Who. BBC.com, BBC Studios’ global digital news platform, provides up-to-the-minute international news, in-depth analysis and features to more than 139 million unique browsers each month. BBC Studios has offices in 20 markets globally, including ten production bases in the UK and production bases or partnerships in a further nine countries around the world. The company, which ordinarily makes around 2,000 hours of content a year for both the BBC and third parties including Apple, Netflix, and Migu, is a champion for British creativity around the world. It is also a committed partner for the UK’s independent sector through a mix of equity partnerships, content investment, and international distribution for program titles.

In the U.S, BBC Studios operates both a distribution business and one of its major production units. The production unit, based in Los Angeles, creates and produces adaptations of UK programs, as well as all new original programs, for linear and digital platforms in the U.S. This production unit is responsible for the phenomenally successful, Emmy(R)-winning Dancing with the Stars, the multi-award-winning Life Below Zero franchise, the revved up Top Gear America, and the popular reboot of the classic quiz show Weakest Link, among others. In scripted, the team has achieved success adapting British hits, including Call Me Kat (based on the UK format Miranda), Welcome to Flatch (This Country in the UK), and Ghosts for top U.S. broadcast networks.

Check out our ABC status sheet to track the alphabet network’s new series pickups, renewals, and cancellations. You can find lists of cancelled shows here.
What do you think? Have you enjoyed the Dancing with the Stars TV series on ABC? Do you plan to check out season 31 on Disney+?

I have watched since day 1, except when Tyra became thew host. Now, that coupled with paying for something that’s been free, DWTS just lost a loyal fan.

that was an awfully long statement to just be saying, “F you!” to longtime fans

so, it’s been cancelled…
I mean, not technically, of course, but it basically has, for those of us who don’t/won’t get a pay service (they’re not paying me to use/advertise the name of their service, so I won’t)….oh well, life will go on

They finally figured out how to get rid of me as a viewer. It may be one of my 2 favorite shows; but I’m not willing to pay to see what I’ve watched for free for the last 15 years. Bye -bye,DWTS

I’ve watched DWTS since day one. I just love it and look forward to each new season. I feel you’re going to lose many viewers because they don’t subscribe to Disney+. I’m not subscribing just to watch DWTS and pay $7.00+ just to watch it. I’m really disappointed

DO NOT CARE FOR BANKS