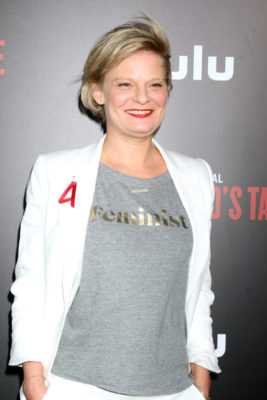 Martha Plimpton is coming to Pop. According to The Wrap, the Raising Hope star has joined season two of Flack.

The dramedy series stars Anna Paquin as Robyn, a crisis PR strategist and publicity expert who excels in the London offices of the Mills Paulson agency but can’t stop sabotaging her personal life.

On season two of Flack, Plimpton will be playing “Clara, the dead mother of Robyn.” Pop has not yet announced a premiere date for season two, but Sam Neill and Daniel Dae Kim are also set to guest star.

What do you think? Have you seen Flack? Will you watch season two?