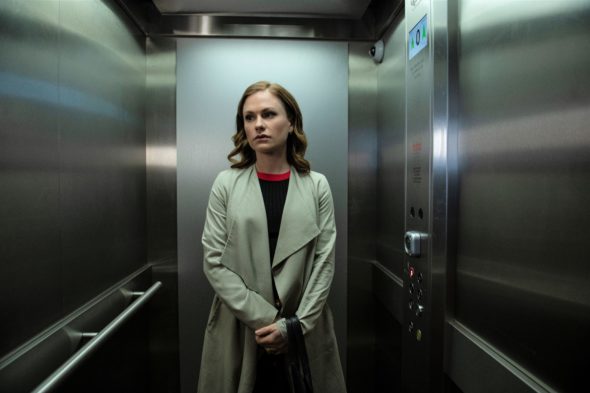 What will become of Robyn? Has the Flack TV show been cancelled or renewed for a second season on Pop? The television vulture is watching all the latest TV cancellation and renewal news, so this page is the place to track the status of Flack season two. Bookmark it, or subscribe for the latest updates. Remember, the television vulture is watching your shows. Are you?

The first season of Flack averaged a 0.01 rating in the 18-49 demographic and 48,000 viewers. Learn how Flack stacks up against other Pop TV shows.

Will Pop cancel or renew Flack for season two? The ratings are very, very low and this seems like it might be a one-and-done project. I don’t see a renewal in this show’s future but I could be wrong. I’ll update this page with any new information. Subscribe for free updates on any Flack cancellation or renewal news.

What do you think? Were you glad that the Flack TV show was renewed for a second season? Should Pop have later cancelled this TV series?

I adored Flack season one, twice, and I’ve been going mad searching for season two. I even tried buying it. This is so disappointing. I’m not going to characterize it as a feminist decision, I see the low ratings, but it’s a brilliant, clever, funny, moving show with amazing performances. Bring it back!!

Wow, I loved season one, even just rewatched it in anticipation of the second season’s premiere today. Found out it was canceled when checked the schedule and saw it had been pulled. It’s a great show, one that would do just as well on Amazon Originals or anywhere else. A bit intense, but Anna Paquin and cast nailed it. Special shout out to mega-boss Caroline. Bring Flack to the viewers!

Love it, can’t wait for the new season! It’s so good that Showtime picked it up

I happened upon it by accident seeing Anna Paquin and took a chance.. I binged the entire season and want more! I love it! Never knew it was on at all but now that I do I’m waiting for season 2 please. Hurry!

I think this show is terrific, but no one knows about the Pop network, and this show wasn’t marketed at all. I hope someone like Netflix picks it up!

I absolutely loved this show, I watched all 6 episodes over two evenings! I was so hopeful for a second series but I’m really disappointed to hear the ratings are so low 🙁

Give series 1 a rerun and get a second one in the works, it’s a grower for sure.

I love Anna and i just found the show during watchathon week. I really liked it and hope there will be a season 2.

This show was one that I originally did not want to watch, but then ran out of stuff to watch and am so glad that I did because I absolutely loved it. I’m a little sad to see the ratings since I was really hoping for a second season!

I’ve really enjoyed this series, it’s so well written and full of diverse characters. I would love to see more of it.

I hope that it will be renewed (I think there’s still a lot of room for the characters to develop), but the ratings don’t make me too hopeful (despite the fact that I’ve been saying “Watch this show!” instead of ‘hello’ since I saw the first episode!).

As a few hours ago, it looks to be next week the last episode of the series.

I really enjoyed this, so was surprised the ratings were so low. I hope there will be a second season