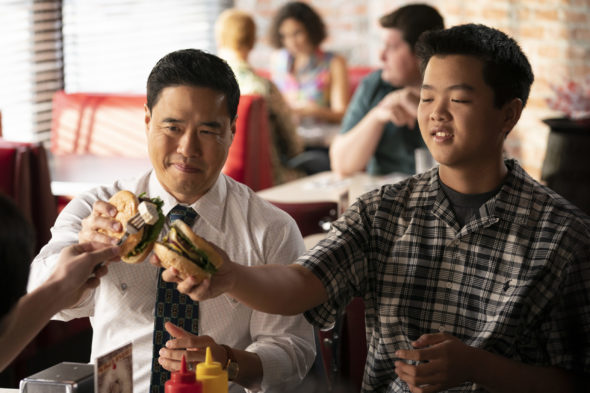 Fresh off the Boat is nearing its end. The cast filmed the two-episode finale for the series this week, and a member of the cast shared a video from the set. Hudson Yang wanted fans of the series to know that the end was definitely coming soon.

ABC has also released details for the two-part finale in a press release. Check that out below.

“Family Van” — When the trusty Huang family van takes a turn for the worst, Jessica and Louis each process the loss in their own way. Meanwhile, the boys take advantage of the opportunity for some bonding time and sneak off on a road trip to find their Washington, D.C., time capsule on Fresh Off the Boat, FRIDAY, FEB. 21 (8:00-8:30 p.m. EST), on ABC.

“Commencement” — Jessica grapples with her vision of the future as the boys are each realizing what their own goals are on Fresh Off the Boat, FRIDAY, FEB. 21 (8:30- 9:00 p.m. EST), on ABC. Episodes can also be viewed the next day on ABC.com, the ABC app and Hulu.

Guest starring in “Family Van” is Matt Oberg as Matthew Chestnut, Trevor Larcom as Trent and Jaleel White as Calvin. The episode was written by Talia Bernstein and directed by Anya Adams.

Guest starring in “Commencement” is Andy Richter as himself, Matt Oberg as Matthew Chestnut, Rachel Cannon as Deidre, Stacey Scowley as Carol-Joan, Trevor Larcom as Trent and Isabel Oliver Marcus as Tina. The episode was written by Matt Kuhn and directed by Randall Park.

Check out Hudson Yang’s video from the set below.

What do you think? Are you sad to see Fresh off the Boat end? Did you want another season?

It’s finally here, we’re coming to the end fam 😭 Please watch the ONE HOUR SERIES FINALE of #freshofftheboat on Friday 2/21 at 8/7c on @abcnetwork! Send us out right Huangs need your love ❤️

Where in the world did that horrible rap music came from? Sorry not to see Connie Wu and Chelsy Crisp. They are HOT

Don’t just tease ending this show, do it!