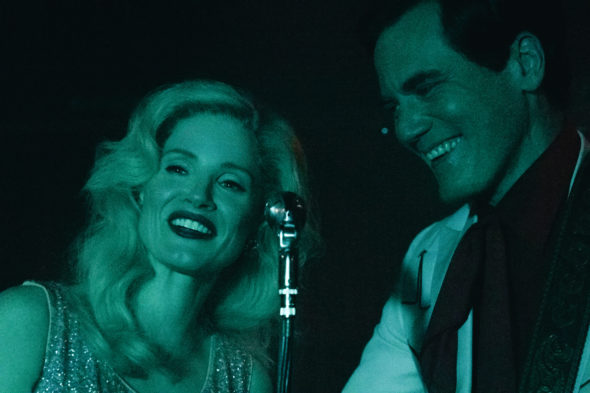 A power couple in the industry, Wynette and Jones had a complicated-but-enduring relationship that inspired some of the most iconic music of all time. Known as the “First Lady of Country Music,” Wynette’s most successful song “Stand by Your Man” remains one of the most iconic and best-selling country singles by a female artist. George Jones’ song “He Stopped Loving Her Today,” is still widely called the greatest country song of all time. With over 30 number one country songs between them, their legacy, both musically and romantically, remains one of the greatest love stories ever told.

What do you think? Do you like the George & Tammy TV show? Do you wish that the series could have a second season?

Love “George and Tammy” story line since it is true, exposes the passion and the pain lived by the legendary duo. The cinematography is excellent and acting by the entire cast is outstanding – give us more of this. Dive deeper and keep it coming!