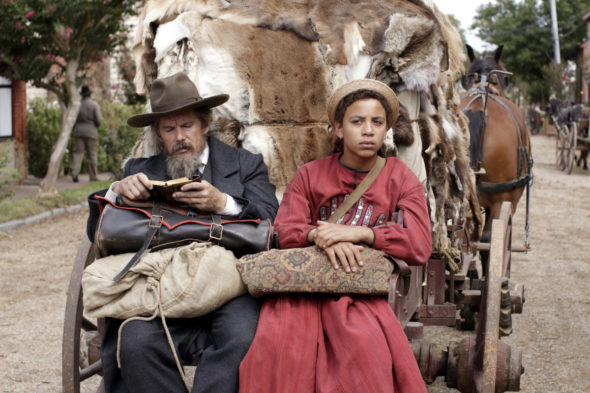 TV show description:
A historical and humorous drama series, The Good Lord Bird is based on the 2013 novel of the same name by James McBride. The story weaves a humorous, dramatic, and historical tapestry of Antebellum America, spotlighting the complicated and ever-changing racial, religious, and gender roles that make up the American identity.

The story is told from the point of view of Henry “Onion” Shackleford (Johnson), a fictional enslaved boy who becomes a member of John Brown’s (Hawke) motley family of abolitionist soldiers during Bleeding Kansas. It’s a time when the state was a battleground between pro- and anti-slavery forces.

Onion eventually finds himself participating in the famous 1859 raid on the U.S. Armory at Harpers Ferry. Brown’s raid failed to initiate the slave revolt he intended but was the event that started the Civil War.

Series Finale:
Episode #7 — Last Words
John Brown and his remaining army take a last stand as more federal troops descend upon Harper’s Ferry. With John Brown captured and held for public execution, Onion, truly on his own, risks his life to say his goodbyes to Brown.
First aired: November 15, 2020.

What do you think? Do you like The Good Lord Bird TV show? Would you have watched a second season if the story had continued?