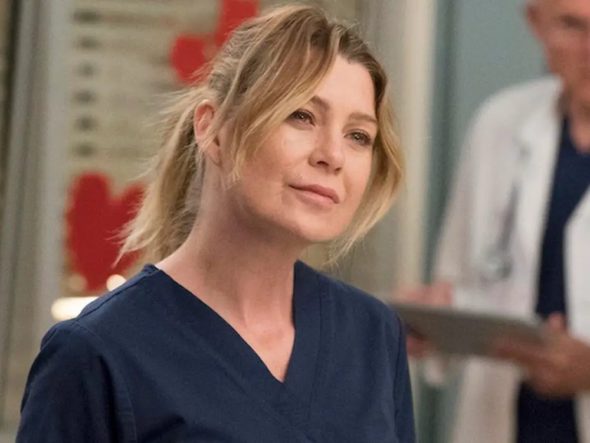 Grey’s Anatomy viewers will see less of Meredith Grey during the upcoming 19th season of the medical drama. Actress Ellen Pompeo will appear onscreen in just eight episodes but will be heard as a narrator in some episodes and will remain an executive producer for the long-running ABC drama. Helping to fill in for her absence will be five new cast additions who will be playing a new batch of incoming surgical residents.

The news of Pompeo’s reduced appearances comes as the actress takes on her first role outside of Grey’s Anatomy in almost two decades. Pompeo has been signed to star in a new limited series coming to Hulu. She’ll play a mother in a dramatization of a straight-from-the-headlines story. Deadline revealed the following about the as-yet-untitled new series:

The shocking case, which has drawn parallels to the 2009 horror movie Orphan, made national headlines in September 2019 when Kristine Barnett and her ex-husband Michael Barnett were charged with neglect for allegedly abandoning their adopted daughter Natalia, who has a rare form of dwarfism, in 2013 when she was 9. (After putting her up in an apartment, they had moved to Canada.) The parents have claimed that Natalia, whom they adopted when they thought she was 6, is in fact a mentally disturbed adult woman who threatened their lives. Most of the charges against the Barnetts eventually were dismissed; Natalia has denied the accusations that she is a grownup con artist.

More details about the new series will be announced in the future. Grey’s Anatomy returns to ABC on October 6th.

What do you think? Are you surprised that Pompeo will make fewer appearances on Grey’s Anatomy? Do you plan to watch her new Hulu series when it eventually premieres?

Enough, move on to other things, or stay home !

I think it’s been on long enough. I started watching in the beginning, but the last 2 seasons I have lost interest

Seems obvious here that they want to end with Season 20, because it’s a “nice round number” so they have to push through two more seasons. And you can’t have a “Grey’s Anatomy” without a “Grey”, so of course, she’s still there… at least in theory. But that’s not really anything new is it? She did an entire season where her scenes consisted of 2 minutes on a beach that only existed in her mind, while in a COVID coma. That’s not just phoning it in… that’s phoning it in from another plane of existence. But at least she brought… Read more »

She should just go, it appears this show revolves around this actor and I don’t really know why anymore – the character is dull and uninteresting and sadly that has bled over into the rest of the show. I watch it, but to be honest I don’t know why? It needs new faces and new stories, either freshen it up entirely or cancel it at this point. Ellen shouldn’t get this much power over this show, she’s an actor and that is all and she has clearly wanted out for a long time, and this will literally be her just… Read more »

I am surprised and disappointed and will not be watching her new show on Hulu.

Doing a Ducky and Gibbs of NCIS eh?

This show is getting to be totally boring!!! There are so many other better shows on TV that I don’t waste my time watching this anymore.