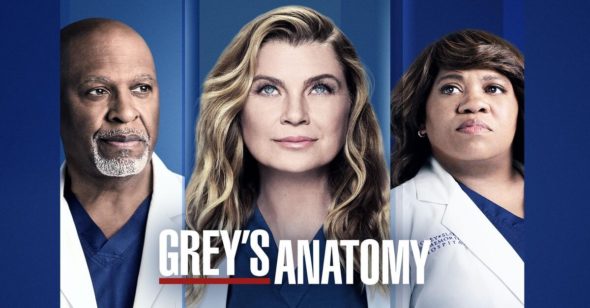 Grey’s Anatomy is gearing up for its return to ABC, and five actors have been added to the medical drama’s regular cast for season 19. Harry Shum Jr, Adelaide Kane, Midori Francis, Niko Terho, and Alexis Floyd have joined the series as first-year surgical residents.

Deadline revealed that Shum will play Daniel “Blue” Kwan, who is “sharp-witted, impatient and brilliant. He is generous by nature but competitive to a fault, naturally gifted, and used to winning at everything. A family crisis interfered with his career plans and now he’s got a lot to prove.”

Deadline reports that Kane’s Jules Millin “was raised by drug addled artist/hippies and somehow emerged as the only real grown-up in the family. Because she always had to take care of herself and her parents, she can be a little bossy – but her heart is always in the right place. She’s not afraid to break the rules to save a life, and sometimes it gets her in trouble.”

Meanwhile, “Francis’ Mika Yasuda is a middle child with eight siblings. She is used to being overlooked and underestimated and uses it to her advantage. Mika is dealing with overwhelming student loans from med school, but she’s scrappy and confident she can make it in the program and rise to the top.”

“Terho’s Lucas Adams is the charming black sheep of his family. Likable to a fault, he has a great mind, but doesn’t have the grades to match. He’s determined to prove himself as a surgeon, just like many in his family that have come before him, but he will have to stop relying on his people skills and put in the work.” according to Deadline.

And finally, Deadline notes that Floyd will play “Simone Griffin, a new first-year surgical resident at Grey Sloan. A funny, whip smart, high achiever with a complicated family dynamic. She grew up in Seattle, but never wanted to work at Grey Sloan because of a painful personal history with the hospital.”

Grey’s Anatomy returns to ABC for its 19th season on October 6th.

What do you think? Are you excited to see these new additions on Grey’s Anatomy in season 19?

ALways liked Greys & still do, the character make the show!

Will this show never end. Quit watching it about 8 years ago, Had enough. And other really good shows are cancelled after a year or two.

I have watched since the beginning, now I feel like it’s run it’s course. Story lines are boring, not very interesting anymore. Therefore, I’m not interested.
Good while it lasted !

This show is getting so boring I probably won’t watch the new season. It needs to be cancelled.