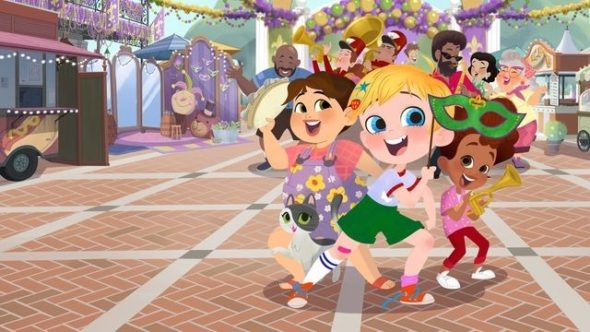 Little Ellen has been cancelled by HBO Max ahead of its third season premiere. In addition, the already-produced episodes will not be released by the streaming service, per Deadline.

The preschool animated series shows the life of a seven-year-old Ellen DeGeneres and premiered in September with 10 episodes. It features the voice cast of Laurel Emory, Johanna Colon, JeCobi Swain, and June Squibb.  The 10 installments of season two were released on the streamer in March 2022.

Season three of Little Ellen was originally scheduled for release in June but the premiere was pushed back. It is not yet known if the finished season will be released by another outlet.

The cancellation is the latest to follow the recent Warner Bros. Discovery merger. The future of all live-action kids and family programming for HBO Max appear to be up in the air as management takes a hard look at projects being made for the streamer. Live-action family series Gordita Chronicles was recently cancelled and the company has dumped the high-profile already-filmed Batgirl movie and animated movie sequel Scoob! Holiday Haunt.

What do you think? Did you or someone in your home watch Little Ellen? Did you plan to watch season three?

I didn’t even know this show existed but WB Discovery has been canceling so much stuff.