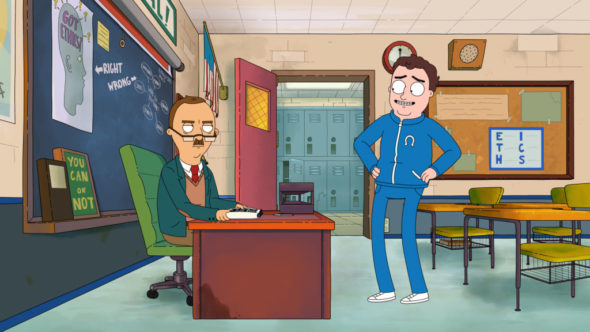 Hoops now has its premiere date. The series will arrive next month on Netflix. Jake Johnson, best known for his role on FOX’s New Girl, stars in this animated series.

Netflix revealed the following about the series:

“Hoops centers around a hot-headed, foul-mouthed high school basketball coach who thinks turning around his God-awful team will take him to the ‘big leagues.’”

The animated series will arrive on the streaming service on August 21st. Check out a trailer for the premiere below.

What do you think? Will you check out the new Hoops animated series once it arrives next month?

I really want to see it. It’s very interesting I’ll watch it when I am 19