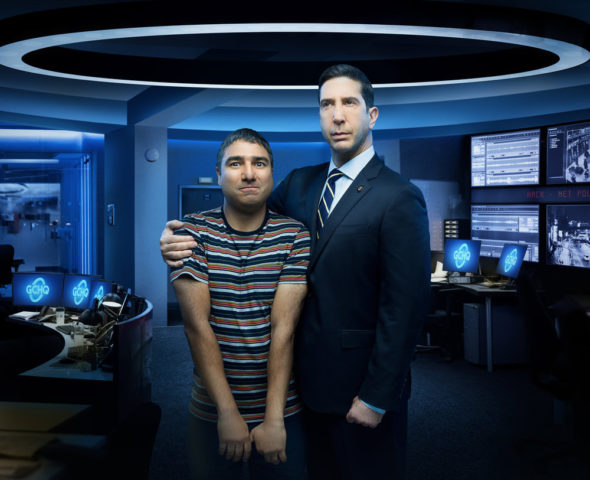 New episodes of Intelligence are headed to Peacock. The second season of the David Schwimmer series will arrive on June 17th and viewers will be able to see all six episodes of the series upon release.

Peacock revealed the following about the second season of the series:

As season two begins, it’s revealed that the Russians have gotten their hands on a cyberweapon that Jerry was instrumental in developing, and his intel suddenly becomes vital to international security. Facing some demons from his past along the way, Jerry stops the cyberattack and is celebrated as a hero. However, as the season progresses, it becomes clear that the Russians are able to mutate the cyberweapon and Jerry’s personal security comes under serious threat.

Meanwhile, Joseph sparks up an online friendship with Charlotte from the GCHQ office. Romance blossoms, and not even Jerry’s meddling or Christine’s ban on cross-departmental relationships can get in the way.

Check out a trailer for season two of Intelligence below.

What do you think? Do you plan to watch Intelligence on Peacock later this month?

Great show can not wait for more.

shocked-could not even finsih eps 1=rubbish