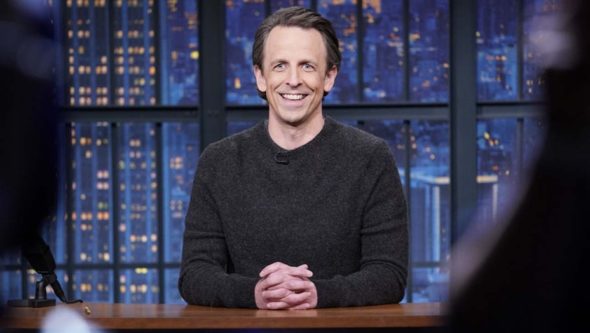 The peacock network is sticking with its late-night lineup. NBC has renewed Seth Meyers’ contract to host the Late Night with Seth Meyers TV series through 2025. The show is currently in its eighth season and Meyers, a former Saturday Night Live star and head writer, previously signed a five-year deal in 2016.

NBC extended the contract of The Tonight Show host Jimmy Fallon in November so, neither host is going anywhere for a while. The second season of A Little Late with Lilly Singh just debuted in January.

Here are the press notes from NBC:

· Seth Meyers has renewed his deal with NBC to host “Late Night with Seth Meyers” through 2025.

· “Late Night” has been nominated for an Emmy Award for Outstanding Writing for a Variety Series for the past four years.

What do you think? Are you a regular viewer of Late Night with Seth Meyers on NBC?

Seth Myers sucks! I want to laugh and he doesnt even come close. After Fallon, the channel is always turned to anything else!