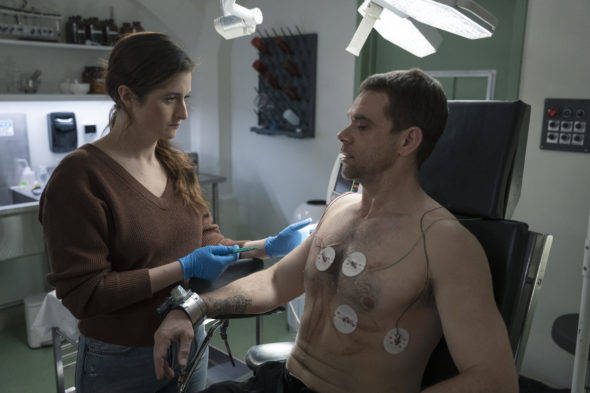 A Showtime psychological horror drama series, the Let the Right One In TV show was inspired by the Swedish novel by John Ajvide Lindqvist and the film. It stars Demián Bichir, Anika Noni Rose, Madison Taylor Baez, Grace Gummer, Ian Foreman, Jacob Buster, Nick Stahl, and Kevin Carroll. The story revolves around Mark Kane (Bichir) and his daughter Eleanor (Baez). Their lives were changed forever when, 10 years ago, she was turned into a vampire. Locked in at age 12, perhaps forever, Eleanor lives a closed-in life and can go out only at night. Meanwhile, her father does his best to provide her with the human blood she needs to stay alive. Now, they’ve returned home to New York City, desperate to find a cure.

Great show. I never watch shows, but this is the first show I got hooked on,