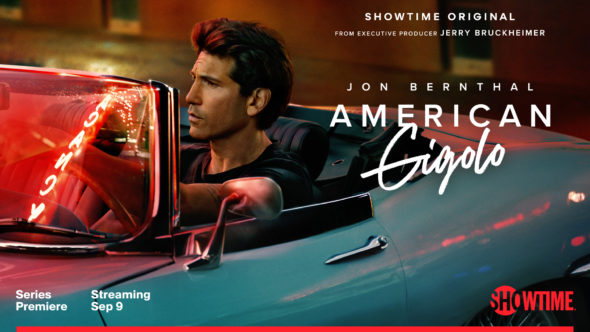 While some are upset that networks produce a lot of remakes and reboots these days, it’s increasingly difficult to get viewers even to give new series a chance. The American Gigolo series is based on a 1980 film, but it’s hard to imagine that many below the age of 40 have heard of it. Will some kind of name recognition help this new Showtime series survive? Will American Gigolo be cancelled or renewed for season two? Stay tuned.

A romance and crime drama series, the American Gigolo TV show stars Jon Bernthal, Gretchen Mol, Rosie O’Donnell, Lizzie Brocheré, Gabriel LaBelle, and Leland Orser. Guests include Wayne Brady, Alex Fernandez, Sandrine Holt, Yolonda Ross, and Melora Walters. Set in Los Angeles in the present day, the story follows Julian Kaye (Bernthal) 15 years after he was wrongfully arrested and convicted for murder. He’s now been released from prison and must navigate complicated relationships with his former lover Michelle (Mol), his troubled mother, and the people who betrayed him. While Julian struggles to reconcile the escort he was in the past and the man he is today, Detective Sunday (O’Donnell) seeks to uncover the truth about the murder that sent Julian to prison all those years ago. She unearths a much larger conspiracy along the way.

What do you think? Do you like the American Gigolo TV series on Showtime? Should it be cancelled or renewed for a second season?