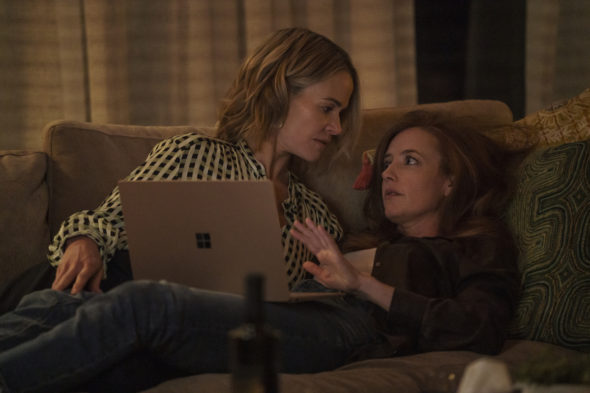 This show is very entertaining and has a group of qualified actors and actresses. As long as the writers can keep developing the story lines and make them realistic, there will always be a viable audience for this show.

The story lines aren’t the most ideal but season 2 is way more engaging than the first season of gen q. Will keep on continuing to watch! They need to renew this show and not only take into consideration their US audience but also their WORLDWIDE audience. If they make the show more accessible to more countries, L Word’s devoted fans will be willing to stream them! The low ratings on Nielsen doesn’t mean that there are a few people watching. THEY HAVE TO RENEW THE SHOW

The L word generation Q
Is the bestbin GLBTQ show as wel interacting in true realism in the interactions centered lives helping many others in true life and drama situations for all helping with the realization focusing on that groups life in daily life situations and careers and issues of coming out in the world of GLBTQ LIFE SITUATIONS.MANY NEED IN THiS, even stereotypic generation. To helpbwith the realization that many in the L.G.B.T.Q BFACE IN btrueblife situations today. With copying what they too face as equals face in modern day world day drama situations face everyday.. A+++