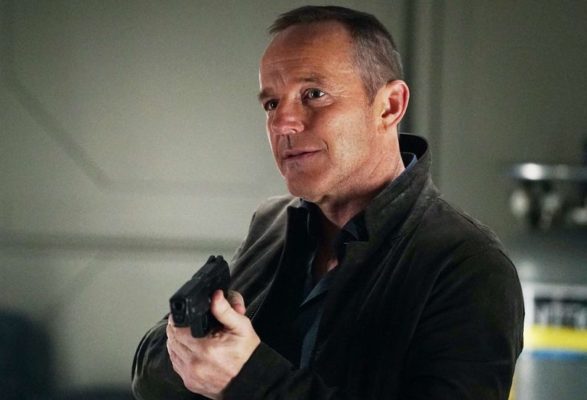 The word is out. ABC has (finally) announced the premiere date for the sixth season of their Marvel’s Agents of SHIELD TV show. Directed by Clark Gregg, the opening episode will air on Friday, May 10th, at 8:00 PM.

The action series has already been renewed for a seventh season. It’s suspected that season seven will be the end of the show but the alphabet network has not confirmed that.

Here’s the ABC press release, as well as some footage from the season six debut:

The Premiere Episode Is Directed by Clark Gregg

It was announced from the stage today at WonderCon that “Marvel’s Agents of S.H.I.E.L.D.” will return for its sixth season with a special episode directed by Clark Gregg, FRIDAY, MAY 10 (8:00- 9:00 p.m. EDT), on The ABC Television Network, streaming and on demand.

Last season, the team leaped forward in time to a dystopian future they soon realized must be prevented. While facing multiple timelines and new enemies from faraway planets, they found family, friends, teammates and the courage to pull off their biggest challenge yet.

Their next challenge? Coming to grips with the knowledge that bending the laws of space and time may have saved the planet, but it couldn’t save Fitz or Coulson.

MAY we share some big news?! Marvel’s #AgentsofSHIELD will premiere MAY 10 on ABC! pic.twitter.com/QNZqkyBmwi

What do you think? Are you still watching the Marvel’s Agents of SHIELD TV show? Will you be tuning in for season six?

It’s been so long since the show last aired…I’ve forgotten the plot line(s). They need to run an hour recap show before a new season begins. All I remember is they hate Fox news.

Yes I watch but if goes I do no care many people that I liked left there shows like deception salvation the brave takes two that was cancelled and I care because they.did not have a end I think tv is not so great anymore