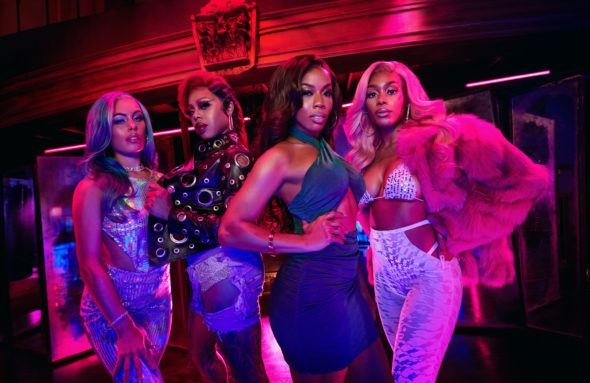 Starz wants to take you back to Chucalissa. The cable channel has renewed P-Valley for a third season. The second season of 10 episodes finished being released in August.

A drama series, the P-Valley TV show stars Nicco Annan, Elarica Johnson, Brandee Evans, Shannon Thornton, J. Alphonse Nicholson, Parker Sawyers, Harriett D. Foy, Dan J. Johnson, Morocco Omari, Dominic DeVore, Tyler Lepley, Jordan M. Cox, Skyler Joy, John Clarence Stewart, Miracle Watts, Shamika Cotton, Gail Bean, and Psalms Salazar. The series takes place in a part of the Mississippi Delta where beauty can be hard to find. The story revolves around a little strip club called The Pynk and the array of big characters who come through its doors — the hopeful, the lost, the broken, the ballers, the beautiful, and the damned. In season two, when darkness descends upon Chucalissa, everyone must fight tooth and talon to survive. While some take flight to perilous new heights, others dig in their stilettos and stand their ground no matter the cost.

The second season of P-Valley averaged a 0.08 rating in the 18-49 demographic and 244,000 viewers in the live+same day ratings (includes all DVR playback through 3:00 AM). Compared to season one, that’s down by 35% in the demo and down by 28% in viewership. These numbers don’t include further delayed or streaming viewing.

“P-VALLEY” IS CURRENTLY STARZ’S BIGGEST SHOW IN THE U.S.

“‘P-Valley’ continues to keep viewers on the edge of their seats as it captures the nuances of the Mississippi Delta with an unprecedented level of humanity and artistry,” said Kathryn Busby, President of Original Programming, STARZ. “This layered drama gets beyond the glitz through authentic and complex characters that have captured the hearts of critics and audiences alike. We cannot wait to see what Katori has in store for us in season three.”

“I am blessed beyond measure for this opportunity to write the next chapter of ‘P-Valley.’ With its complex, dynamic, and beautifully flawed characters, this show is a love letter to marginalized communities in the American South who rarely see themselves reflected on screen, and it brings me immense joy to know that it has been embraced by folx worldwide. We wouldn’t be getting back up on that pony, without our fiercely devoted Pynk Posse. Y’all are our fire,” said Katori Hall. “And special thanks to the fuel: everyone who laid hands on this show. From the writers and producers to the cast to the crew to the executives, this show is made with great love, grit and glitter. It’s gonna take us a Mississippi minute before we’re back on your screens again, but best believe it’ll be well worth the wait.”

*At time of reporting.

What do you think? Have you kept up with the P-Valley TV series? Are you glad that this Starz show has been renewed for a third season?

SO happy it’s been renewed. I love this show- you really get connected to the characters!

This is an incredible series. I didn’t expect it to get a third season, as it looked like it had come to a comfortable ending. Glad to see we’ll get another season.