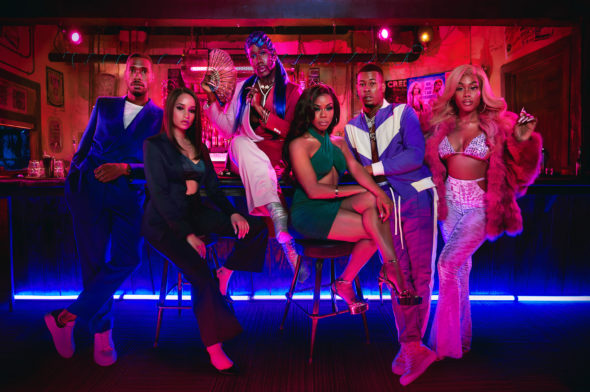 Have viewers forgotten about the resident of this little Mississippi town? Has the P-Valley TV show been cancelled or renewed for a third season on Starz? The television vulture is watching all the latest cancellation and renewal news, so this page is the place to track the status of P-Valley, season three. Bookmark it, or subscribe for the latest updates. Remember, the television vulture is watching your shows. Are you?

Airing on the Starz cable channel, the P-Valley TV show stars Nicco Annan, Elarica Johnson, Brandee Evans, Shannon Thornton, J. Alphonse Nicholson, Parker Sawyers, Harriett D. Foy, Dan J. Johnson, Morocco Omari, Dominic DeVore, Tyler Lepley, Jordan M. Cox, Skyler Joy, John Clarence Stewart, Miracle Watts, Shamika Cotton, Gail Bean, and Psalms Salazar. The series takes place in a part of the Mississippi Delta where beauty can be hard to find. The story revolves around a little strip club called The Pynk and the array of big characters who come through its doors — the hopeful, the lost, the broken, the ballers, the beautiful, and the damned. In season two, when darkness descends upon Chucalissa, everyone must fight tooth and talon to survive. While some take flight to perilous new heights, others dig in their stilettos and stand their ground no matter the cost.

The second season of P-Valley averages a 0.08 rating in the 18-49 demographic and 222,000 viewers in the live+same day ratings (includes all DVR playback through 3:00 AM). Compared to season one, that’s down by 36% in the demo and down by 35% in viewership. While these numbers don’t include further delayed or streaming viewing, they are a very good indicator of how a show is performing, especially when compared to others on the same channel. Though other economic factors are involved, the higher-rated shows usually get renewed and the lower-rated ones get cancelled. Find out how P-Valley stacks up against other Starz TV shows.

Will Starz cancel or renew P-Valley for season three? This show debuted nearly two years ago and performed well for the cable channel. The traditional ratings are lower this time around (viewing habits have changed a lot in the past few years) but, P-Valley reportedly does really well in delayed viewing. According to Starz, only 5% of the premiere’s viewership came from linear viewing. I believe P-Valley will be renewed. I’ll update this page with breaking developments. Subscribe for free alerts on P-Valley cancellation or renewal news.

What do you think? Do you hope that the P-Valley TV show will be renewed for a third season? How would you feel if Starz cancelled this TV series, instead?