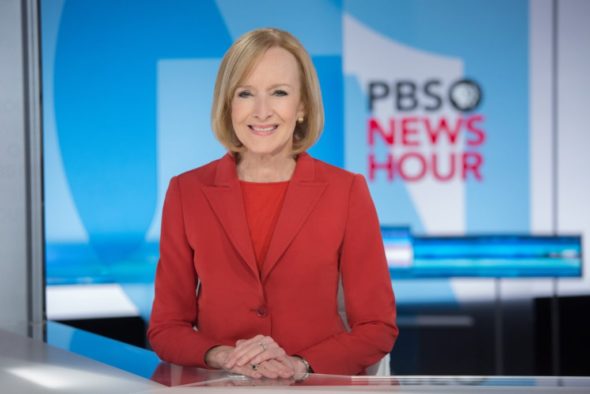 PBS: NewsHour is losing its anchor at the end of this year. Judy Woodruff is departing the nightly news series after 19 years on the program. No official announcements have been made about who will replace the long-time anchor, but reports indicate Amna Nawaz and Geoff Bennett may replace Woodruff at the desk. Bennett currently hosts PBS News Weekend, the weekend edition of PBS: NewsHour.

The news series debuted as The Robert MacNeil Report in 1975 and soon after changed to The MacNeil/Lehrer Report. The title later shifted as anchors Robert MacNeil and Jim Lehrer each retired over the years. The show became PBS Newshour in 2009.

Woodruff said the following about leaving the long-running news series, per Variety:

“I have loved anchoring this extraordinary program, initially with my dear friend Gwen Ifill. To follow in the footsteps of Jim Lehrer and Robert MacNeil has been the honor of a lifetime. Now, I am thrilled to be embarking on this new project to try to understand the most divided time in American politics since I started reporting. I want to listen to the American people themselves, in cities, small towns and rural areas, from one end of the country to the other, to ask them about their hopes and fears, how they see their role as citizens, and to have long conversations with people who’ve given these questions careful thought.”

Paula Kerger, president, and CEO of PBS, also spoke about the departure of Woodruff in a statement:

“Judy is an exceptional journalist, whose impartial reporting and integrity continue to set the standard for excellence. Judy is a trusted voice when trust is so very important, and we are thrilled that she will continue to serve audiences on PBS.”

Woodruff reportedly plans to begin work on a new two-year project. It will seek to understand how Americans see their country amid deep political divisions.

What do you think? Do you watch this news program? Are you surprised by Woodruff’s plan to exit the PBS series?

I will miss her. Good luck to Judy on the new project.