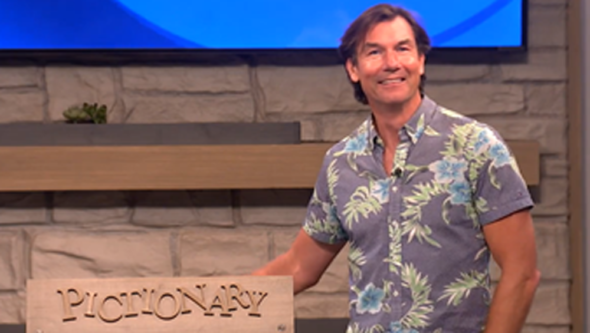 Pictionary is headed to television this fall. The game show — which is based on the popular 1985 charades-inspired guessing game — will arrive in Fall 2022 with Jerry O’Connell as host. The series will air in syndication on various local stations across the country.

This will be the third incarnation of Pictionary to air on television. Hosted by Brian Robbins (the current President and Chief Executive Officer of Paramount Pictures and Nickelodeon), the first version ran for 65 episodes in 1989. The second incarnation aired during the 1997-98 season with Alan Thicke as host.

Per Deadline, Jonathan Bingaman, EVP of Sales for CMV, said the following about the series:

“Game shows have been a consistent performer for stations, so they really embraced the opportunity to add a well-known brand like Pictionary to their lineups. We’re excited to launch this franchise nationally this fall.”

“Pictionary is the capstone to a powerful game show block on our affiliate stations. It’s family friendly, fun, and driven by the energetic and hysterical Jerry O’Connell. We think audiences will love the hours of play we have in store for them.”

O’Connell also appears as one of the hosts of The Talk which airs weekdays on CBS stations across the country.

Oh yes definitely I’ll be watching. I’m a fan & watched both versions (with Brian Robbins & Alan Thicke). Love to play this game! This reminds me of Win, Lose or Draw which is another great game show back in the day with hosts Bert Convy, Vicki Lawrence, Robb Weller & the teen version with Marc Price.