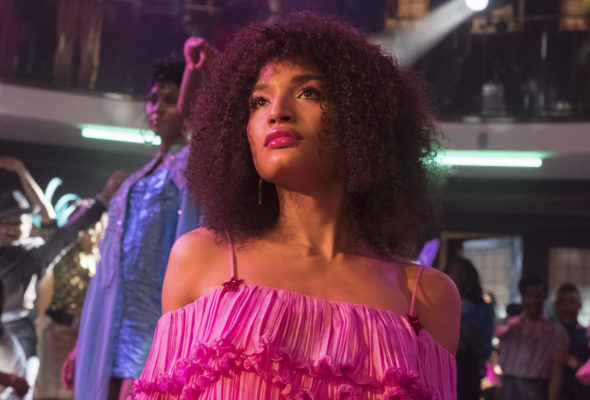 The third season of Pose is currently filming, and Billy Porter has now given fans an update on the progress of that production. In a recent appearance on Live with Kelly and Ryan, he revealed that some things have been difficult to film due to the pandemic. The series has not been able to film their ball sequences, which take a lot of people in close quarters to film. That’s just not been possible with the current pandemic.

Porter said the following about season three of Pose on FX:

“We’re still trying to figure that part out. We have not shot any of the ball scenes yet. We’ve been shooting the scene work, and I believe, for the ball sequences, that we’re waiting to hopefully be able to shoot them inside some sort of vaccine situation, so that we can have all those people in the room.

It is not the easiest version of filming a television show that I’ve ever been a part of, but I’m grateful that we are back to work. Disney is now the parent company of FX, and they have really taken this seriously, they’ve taken the science seriously. They are keeping us all very safe during this process.”

A premiere date for season three of Pose has not yet been set. The series was supposed to return in 2020.

What do you think? Are you a fan of the Pose TV Show on FX? Are you looking forward to season three?

It reminds me so much of the 1980s and the clubs in NYC that I frequented every weekend !!
Go Pose. Go Vogue. Yessss gurlllll _ this show is the sh*t !! I love it. Watching reruns over and over. Please finish season 3 !!

I absolutely love this show and I can’t wait for the next season. Billy Porter is the best. And I love Electra Wintour . She is beautiful.

I’m thrilled to know they’re shooting again. This show really captures the feeling of the AIDS crisis. It was a very odd time to be a gay man just coming of age in the late 80’s. There is so much amazing talent in this show. I can’t wait for it to come back on. I need to know what happens next. Will Angel be a success in Germany? Will Blanca fill her house back up. I need to know! Looking forward to your return, I’m glad you’re all being safe. We need this distraction now more than ever before.

I love love love this show. Of course darling my favorite is Angel

Love the show, the characters and the plots.

I want the show to come back soon. It was very enjoyable

I love Pose. I have binge watched it so many times I can’t count. I can’t wait for season 3.

Please stop teasing us…Everytime i see ” There will be a third Season”im disappointed because theres still no date. When When When

I am very excited for season 3: Pose is wonderful!

I sure hope this show makes it back to the screen.. I fell On this series at a really low point in my life.. I was so DOWN AND THIS SHOW brought me up from there . It hits do close to home. Such a large message.

Pose is on point as I remember, MJ, billy Electra candie if I missed someone I still loved pose you guys did an excellent job . I would like to enjoy another season of Pose.

Please, in the 90’s remember the March on Washington. I was there with PFLAG and Mary Boenke, crusader for LGB and especially Transgender rights. I hope there is a way to include her name.

I am, definitely, a fan. Can’t wait until season three premieres.