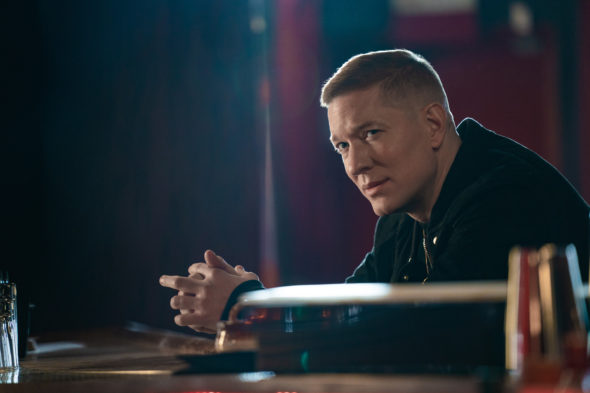 TV show description:
A crime drama series, the Power Book IV: Force TV show was created by Robert Munic and is a sequel/spin-off to the Power series.

The story centers around criminal Tommy Egan (Sikora) after he’s put the wreckage of his life in New York behind him. Tommy makes a quick detour in Chicago to close an old wound that’s been haunting him for decades.

However, what was supposed to be a quick stop turns into a labyrinth of family secrets and lies that he thought were long buried. One step leads to another and Tommy quickly finds himself in Chicago’s drug game, inserting himself between the city’s two biggest crews.

In a city divided by race, Tommy straddles the line, ultimately becoming the lynchpin that not only unites them but holds the power to watch them crumble.

What do you think? Do you like the Power Book IV: Force TV show? Do you think it should be cancelled or renewed for another season?

Great show keep’s me glued to the screen, number 1 in my book. Chicago PD was number 1 now it’s Number 2 and Power has taken number 1. Please keep Power on the screen.

The show is AMAZING. I love Tommy in this role and appreciate how ghost and many other were kept alive by script. I Was on the edge of my seat watching Tommy move around in Chicago. I love that he is now in the Windy City I’m from Detroit so I’m loving the fact that he’s a little closer. I can relate to Chicago way more than New York. And it’s just a really really sexy babe I like the two brothers along with other characters. I like that Tommy has a brother and you guys took it back to… Read more »