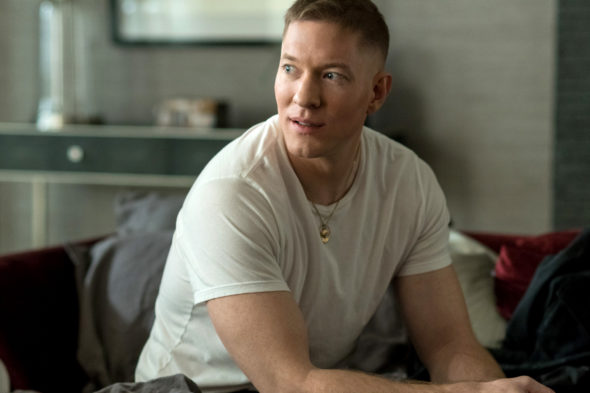 Power Book IV: Force now has its cast. Starz has revealed the regulars for the next addition to the Power franchise. Isaac Keys, Lili Simmons, Gabrielle Ryan, Shane Harper, Kris D. Lofton, Anthony Fleming III, Lucien Cambric, and Tommy Flanagan are joining Joseph Sikora (above) on the series.  The drama will follow what happens to Tommy Egan (Sikora) once he leaves New York behind.

Starz revealed information about the roles the new additions will play in Power Book IV: Force in a press release.

“Isaac Keys is “Diamond,” a gentle giant with truthful eyes and a body made of granite with defensive precision, a trait drilled into him during a 15-year sentence. Before Diamond got locked up, he was the young head of Chicago’s most promising crew that was taking over the city. In his short time at the helm, he created a tactical drug running outfit respected by all of Chicago’s crime families. He spent his time in prison reading the classics, educating himself on everything from history to literature to philosophy. Now that he’s out, Diamond plans on taking the reins back from his crew’s interim leader – his younger brother.

Lili Simmons will star as “Claudia ‘Claud’ Flynn,” the only daughter to the largest kingpin in Chicago. Astute doesn’t begin to describe her – her intellect is a mixture of Ivy League lecture halls and Chicago street-smarts. She is as brilliant as a politician and as blunt as a pipe wrench to the face. Claud doesn’t need the green light or permission to set things in motion, she is the fire starter and the one person nobody in Chicago should ever count out. In a male-dominated business, Claud is determined to carve out her own path and one that might save her family in the end.

Gabrielle Ryan stars as “Gloria,” a razor-sharp and stunning former Marine carving her own path in Chicago. She’s passionate, fiery and beholden to no man. Out of the small kitchen in the back of her bar, she pumps out Michelin-level, Jamaican inspired dishes. Her clientele is a revolving door of Irish mobsters looking to move in on her real estate. This doesn’t stop Gloria’s hustle and dream of one day owning her own restaurant and being free from under the watchful eye of the crime family that she’s entangled with. A chance encounter with Tommy quickly causes a seismic shift in the lives of those around her that only she can unravel.

Shane Harper stars as “Vic Flynn,” the heir apparent to Chicago’s largest crime family – a prince who leads with his heart as much as his fists. Vic resents the fact that his father has mapped out his entire life for him – both in business and in love. Vic can roll with Chicago’s wealthiest socialites just as easily as he can get down with Chicago’s heaviest dealers. Realizing his father has taken a shine to Tommy, Vic will fight to regain control of his rightful position at any and all costs. Looking to move his family’s business forward and bury old beefs, Vic’s allegiance to his family is put to the test and where he comes out on it will impact the entire city of Chicago’s POWER structure.

Kris D. Lofton stars as “Jenard Sampson.” Not a traditional student, but a shining star who was gifted from birth, Jenard was accepted to Brown University within days of his older brother Diamond being sentenced to 15 years. Jenard parked his ambitions of academia and took the reins of one of Chicago’s largest crews. Buffeted by the benefits of Diamond being his brother and keeper, he took power of the organization with an unbridled ability of a CEO along with the wild energy to end anybody that crosses him.

Anthony Fleming III plays “JP Gibbs,” a gifted jazz musician who toured several continents, developing a rich worldliness that comes through in his swagger and collage of diverse tattoos. JP owns and operates a blues club with his ailing father that has been the target of several attacks by local gang members. As rich as JP’s life is, he still carries the pain of never having had a mother in his life and having a son he has no relationship with. JP’s world is thrown off its axis when he crosses paths with Tommy.

Lucien Cambric is “Darnell ‘D-Mac’ McDowell,” a young man who has been raised by the streets of Chicago’s Southside. Independent, fiercely loyal and completely unflinching when called upon to represent his crew, D-Mac is still a kid at heart looking for someone to take care of him. After a run in with Tommy proves to be more than a fluke, D-Mac looks to Tommy as he hits a crossroads in his life that can completely upend his future.

Tommy Flanagan is “Walter Flynn,” the head of the Irish crime family in Chicago. Despite living a life of immense prosperity in his castle on the lake, he longs for the way things used to be. Walter believes that without community and family, there is no tradition, and his deeply held code of honor bleeds into every aspect of his life. As he ushered his family into the twenty-first century, Walter quickly saw the criminal organization he built facing threats he never accounted for.”

Starz has set its main cast for #PowerBookIV: Force, the third installment in the Power universe https://t.co/K06wCxjwHC

What do you think? Are you excited to see more of the life of Tommy Egan on Power Book IV: Force on Starz?

I was Devastated when ghost died I am in Tommy was a great duo together they could do anything but I look forward to seeing his son run things and newcomers Mary J Blige is doing an excellent job so please don’t take her out. Sign CynthiaTravelingQueen the Queen of Traveling from Florida

I was devastated when Ghost died….but next to him Tommy is the whole show so I am SO EXCITED to see his spin off!!!!! I cannot waaaaaaaait!!!!!! Let’s goooooooo!

I can’t wait to see this. I loved Tommy in the first Power and I know i will love him in this.

When do it start