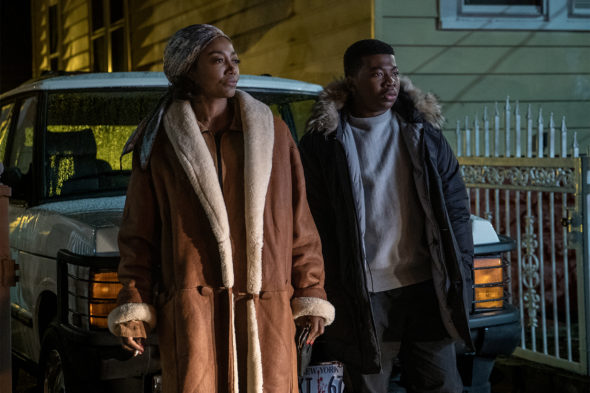 Set in 1991 in South Jamaica, Queens, this show’s story revolves around the coming of age of Kanan Stark (Curtis “50 Cent” Jackson) — Ghost and Tommy’s mentor, partner, and adversary — who ultimately dies in a hail of gunfire in the original show.

When we catch up with 15-year-old Kanan (Curtis) in the prequel, he is the only child of Raquel “Raq” Thomas (Miller), a cocaine distributor with an emerging network of dealers across the city. She’s a fierce and successful woman who is a force of nature and her son is anxious to join his family’s growing business.

The series explores themes of identity, violence, and legacy, as well as the unique and complicated dynamics between parent and child, mother and father, brother and sister. Who can be trusted?

What do you think? Do you like the Power Book III: Raising Kanan TV show? Do you think it should be cancelled or renewed for another season?