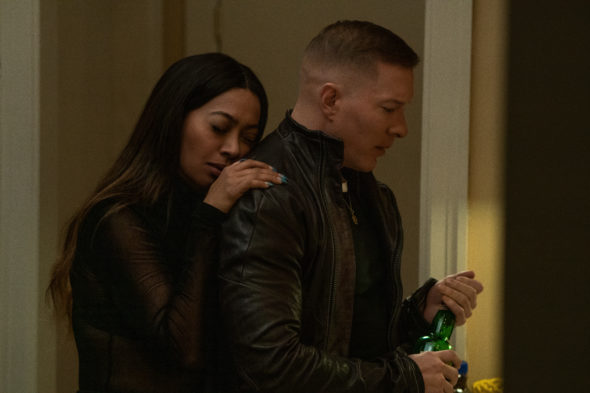 How well are Ghost’s plans coming together during the sixth season of the Power TV show on Starz? As we all know, the Nielsen ratings typically play a big role in determining whether a TV show like Power is cancelled or renewed for season seven. Because most of us do not live in Nielsen households, many viewers feel frustration when their viewing habits and opinions weren’t considered when the decision was made to end the series with this season. We want to know what you think so we invite you to rate all of the Power season six episodes for us here.

What do you think? Which season six episodes of the Power TV series do you rate as wonderful, terrible, or somewhere between? Are you happy Starz renewed Power  for a sixth but final season? Don’t forget to vote, and share your thoughts, below.

Ok so is ghost really died? And if so who really did it? Everyone was on the the Truth’s to pay James a visit, who had got to him first? There is no way that it can end the way it did. I believe somehow the rescue squad had got to James just in time. Because Dre didn’t get to far after he heard the gun shot. He was getting gas and seen that James had been murdered. It cant be, no way at all. Their will be a season 7 I just know it. Maybe not right now because… Read more »

My husband and I watch Power religiously. We look forward to getting our weekly fix of Ghost and Tommy, and all the grimy drama that comes with them. Please don’t stop a GREAT thing. This is one of the best, if not THE BEST shows on TV for grown folks.

Power is the best if not the only thing to watch … That last episode… Its a cliffhanger my sexy Ghost cannot just died like that with out showing who, or what truthfully happened.. Please if not one more season then at least 4 more episodes…

My husband and I found this on Prime TV and have been binge watching all the seasons. When we got to season 6 episode 9 and saw it was left wide open with so many unfinished things we were ticked off. We love this show. At least continue it to give it a proper ending.

Power is one of my favorite tv shoes of all time like I got it on my watch list so when every new episode come out I can watch it but it saddens me to hear there canceling my favorite tv show I hope they continue making season..

At first i wasnt going to watch it started to but stopped but finnally got a chance to get time to get threw it to where i am caught up and now it is about to be cancelled why pls pls reconsider there is so much more about this show that needs to be explained whats going to happen to the kids the family tasha tommy n his new family it cant just be dropped like this.

I would like Power to continue another season 7. Would both Executive producers reconsider for a season 7 on Starz.

The opener of the new season was terrible!!

I THOUGHT IT WAS GREAT